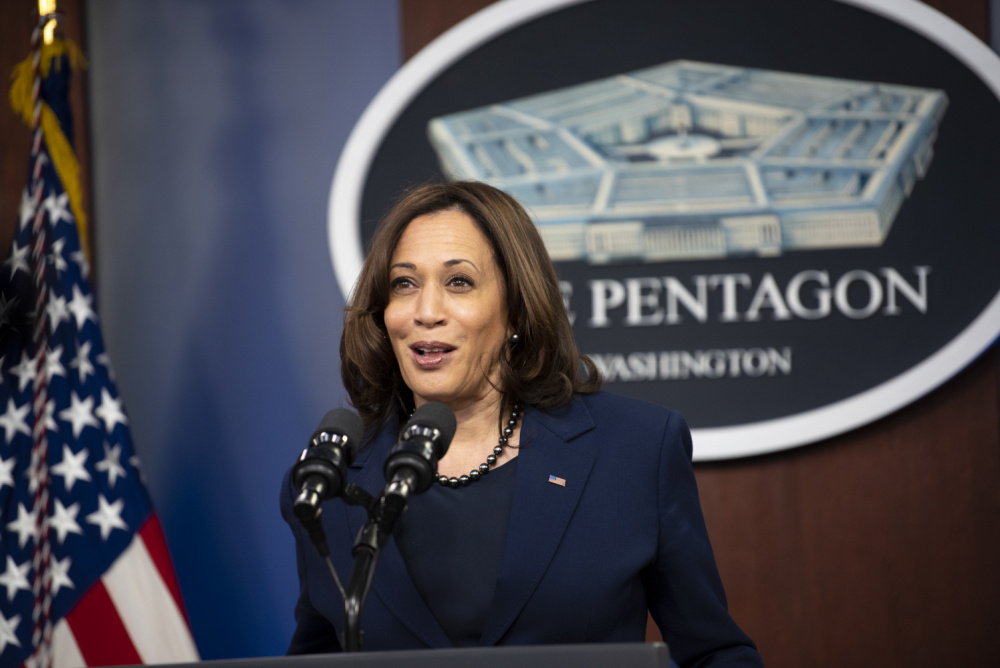 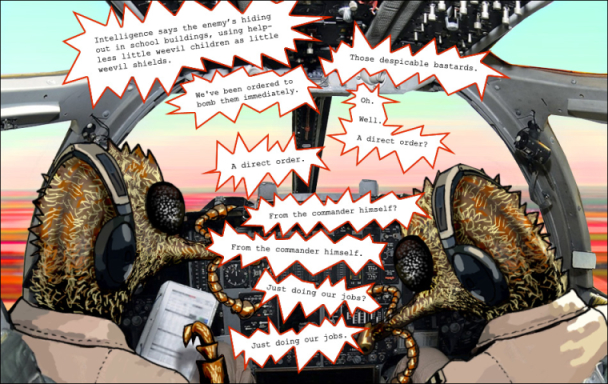 ‘Weapons are tools not just of destruction but also of perception - that is to say, stimulants that make themselves felt through chemical, neurological processes in the sense organs and the central nervous system, affecting human reactions and even the perceptual identification and differentiation of objects.’

In the last five years, pop music has been colonised by militaristic imagery. Popular avant-gardes like East Coast hip hop and British jungle act as mirrors to late capitalist reality, stripping away the facade of free enterprise to reveal the war of all against all: a neo-Medieval paranoiascape of robber barons, pirate corporations, covert operations and conspiratorial cabals. In the terrordome of capitalist anarchy, the underclass can only survive by taking on the mobilisation techniques and the psychology of warfare - forming blood-brotherhoods and warrior-clans, and individually, by transforming the self into a fortress, a one-man army on perpetual red alert.

Wu-Tang Clan and its extended family of solo artists (Method Man, Ol Dirty Bastard, Genius and Raekwon) are the premier exponents of the doom-fixated, paranoiac style of hip hop - sometimes called ‘horrorcore’ or Gothic rap - that currently rules the East Coast. The Clan’s 1993 debut album Enter The Wu-Tang (36 Chambers) begins with a sample from a martial arts movie. ‘Shaolin shadow-boxing and the Wu-Tang sword… If what you say is true, the Shaolin and the Wu-Tang could be dangerous. Do you think your Wu-Tang sword can defeat me?’ Then there’s the challenge ‘En garde!’, and the clashing of blades as combat commences.

From breaking up Occupy protests to spying on Muslim students, homeland security is targeting college kids

Since 9/11, the homeland security state has come to campus just as it has come to America’s towns and cities, its places of work and its houses of worship, its public space and its cyberspace. But the age of (in)security had announced its arrival on campus with considerably less fanfare than elsewhere — until, that is, the “less lethal” weapons were unleashed in the fall of 2011.

Drones in Texas and Tanks in Tampa: Inside the Out-Of-Control Weaponized Homeland Security State

Government budgets at every level now include allocations aimed at fighting an ephemeral “War on Terror” in the United States. 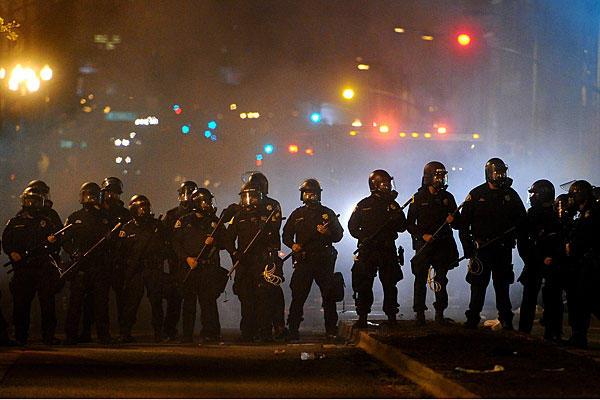 At the height of the Occupy Wall Street evictions, it seemed as though some diminutive version of “shock and awe” had stumbled from Baghdad, Iraq, to Oakland, California.  American police forces had been “militarized,” many commentators worried, as though the firepower and callous tactics on display were anomalies, surprises bursting upon us from nowhere.

There should have been no surprise. Those flash grenades exploding in Oakland and the sound cannons on New York’s streets simply opened small windows onto a national policing landscape long in the process of militarization -- a bleak domestic no man’s land marked by tanks and drones, robot bomb detectors, grenade launchers, tasers, and most of all, interlinked video surveillance cameras and information databases growing quietly on unobtrusive server farms everywhere.

Read more: Drones in Texas and Tanks in Tampa: Inside the Out-Of-Control Weaponized Homeland Security State