Considering Enlisting in the Armed Forces 001

Before enlisting, think carefully about what it means to be a soldier for eight years. Every member of the military, from the medic to the mechanic, is trained to fight and to kill, and the ongoing conflicts prove that fighting and killing can begin very suddenly. You may enlist to get job training or money for college, but eventually you may be faced with war. You owe it to yourself to think seriously about when you believe it is justified to kill another person.
#ConsideringEnlisting #BeforeYouEnlist #EightYearsOfYourLife
Learn More at: https://nnomy.org/ConsideringEnlisting/

at you copied above into where it says “Say Something About This”. Then click the blue bar below that says “Post to Facebook”. You're done and thank you for sharing!) 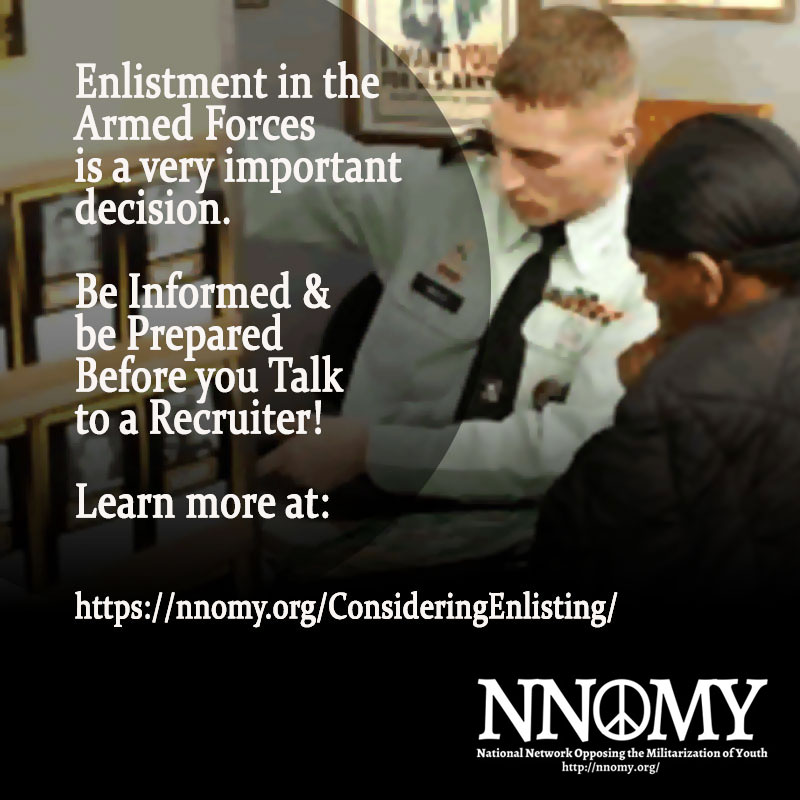 Getting Out of the Delayed Entry Program / Future Soldier Program 001

Gary Ghirardi 06 March 2021
(COPY The Text Below:)
Change Your mind and want to get out of the Delayed Entry/Future Soldier Program?
If you signed up for the Delayed Entry Program DEP (or the Army’s “Future Soldiers Training Program”) and then changed your mind, watch out for recruiters who say you can’t get out of it, or that you must report to boot camp to be released. Neither is true. To quit the DEP, there are simple steps you should take before your date to report for basic training. Don’t expect your recruiter to help you, and you should NOT go to a military base if you are told to report there to get released.
For free help getting out of the DEP, first talk to a counselor by contacting the GI Rights Hotline, (877) 447-4487
and leave a message that you want to get out of the Delayed Entry Program with your name and contact phone number and YOU WILL BE CALLED BACK.
If you need to talk about your situation quickly, call Call the Military Law Task Force @ 619-463-2369 and talk to a counselor ASAP.
FIND OUT MORE AT:
https://nnomy.org/depjustdontgo
#DelayedEntry #FutureSoldier #NotYourSoldier #DEPJustDontGo #NNOMYpeace
(Then Click on the image Below to Share on your Facebook Page and paste what you copied above into where it says “Say Something About This”. Then click the blue bar below that says “Post to Facebook”. You're done and thank you for sharing!) 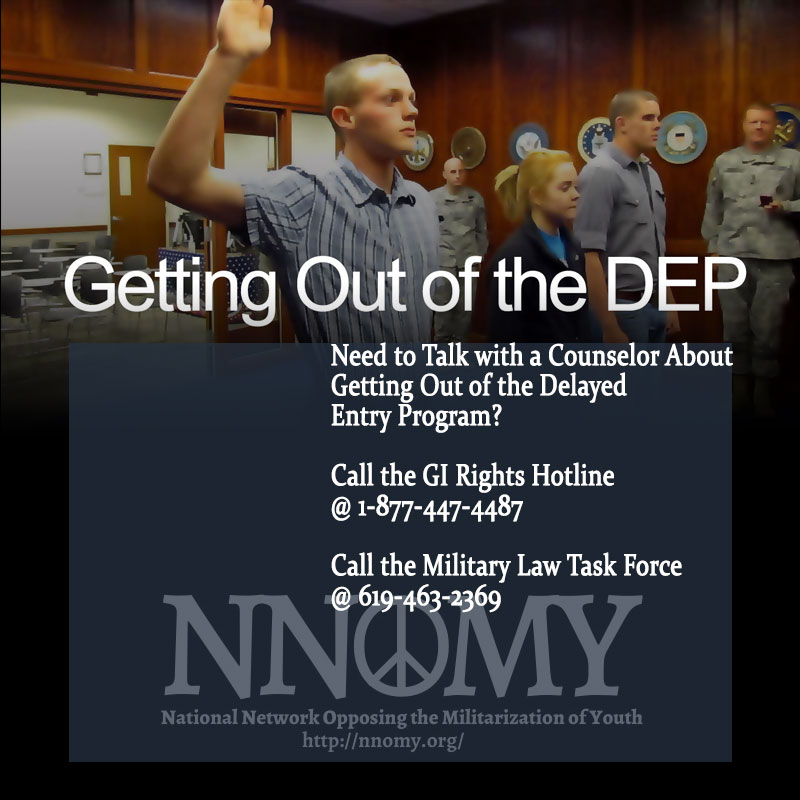 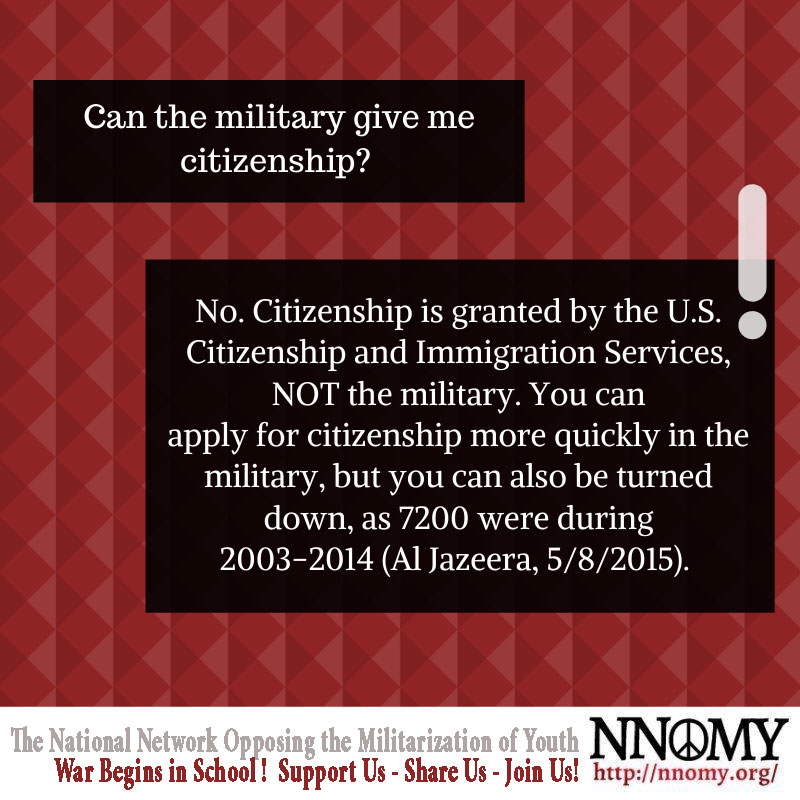