Gary Ghirardi 13 May 2021
(COPY The Text Below:)
The current wars have been paid for almost entirely by borrowing. This borrowing has raised the US budget deficit, increased the national debt, and had other macroeconomic effects, such as raising consumer interest rates. Unless the US immediately repays the money borrowed for war, there will also be future interest payments. We estimate that interest payments could total over $8 trillion by the 2050s.
FIND OUT MORE AT:
https://watson.brown.edu/costsofwar/costs/economic
#CostsOfWar #EndEndlessWars #WatsonInstitute #BrownUniversity 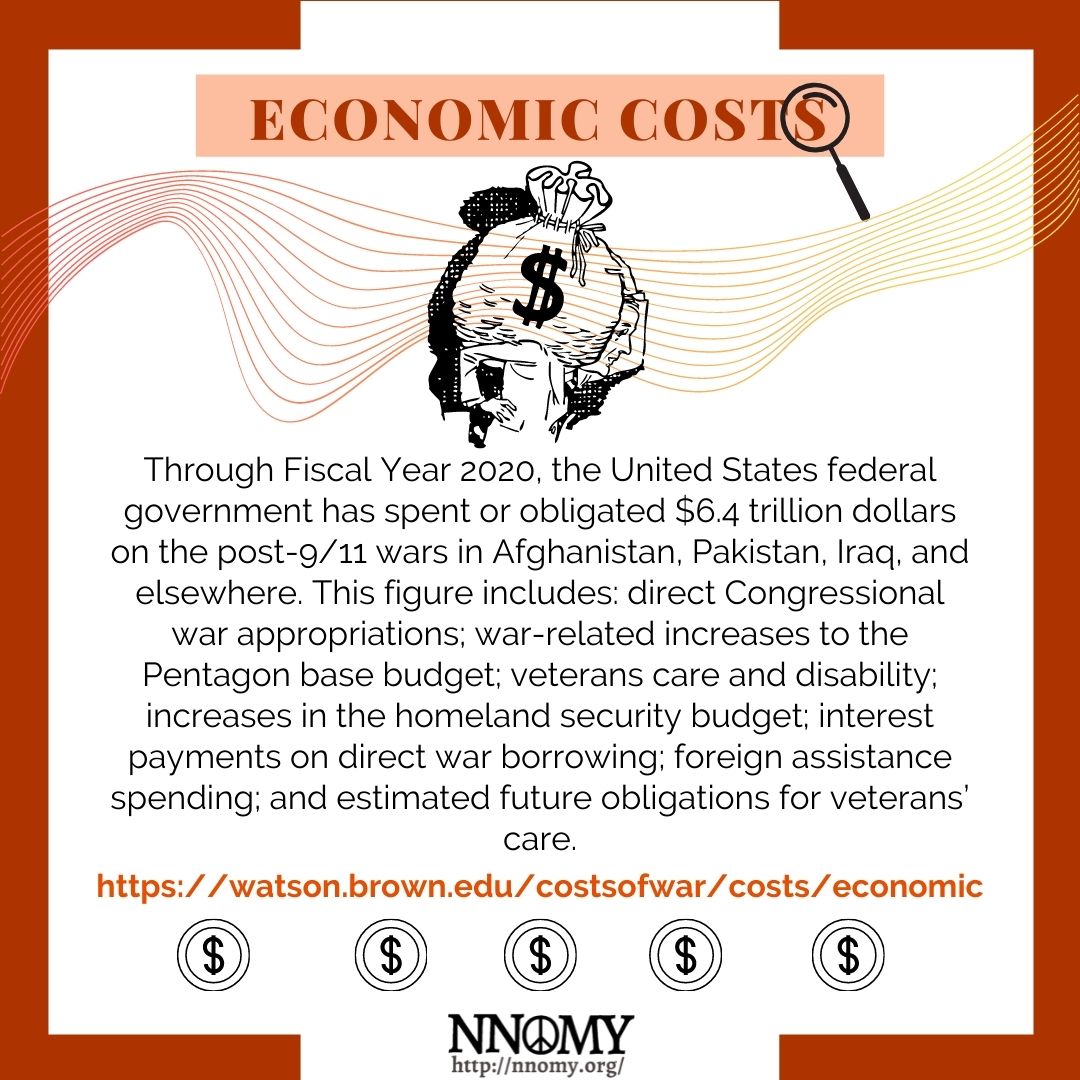 Gary Ghirardi 13 May 2021
(COPY The Text Below:)
At home, in the war zones, and in many other countries, US and allied officials continue to indefinitely detain terror suspects without fair trial or access to legal counsel. Torture and mistreatment in custody remain major problems.
FIND OUT MORE AT:
https://watson.brown.edu/costsofwar/costs/social
#CostsOfWar #EndEndlessWars #WatsonInstitute #BrownUniversity 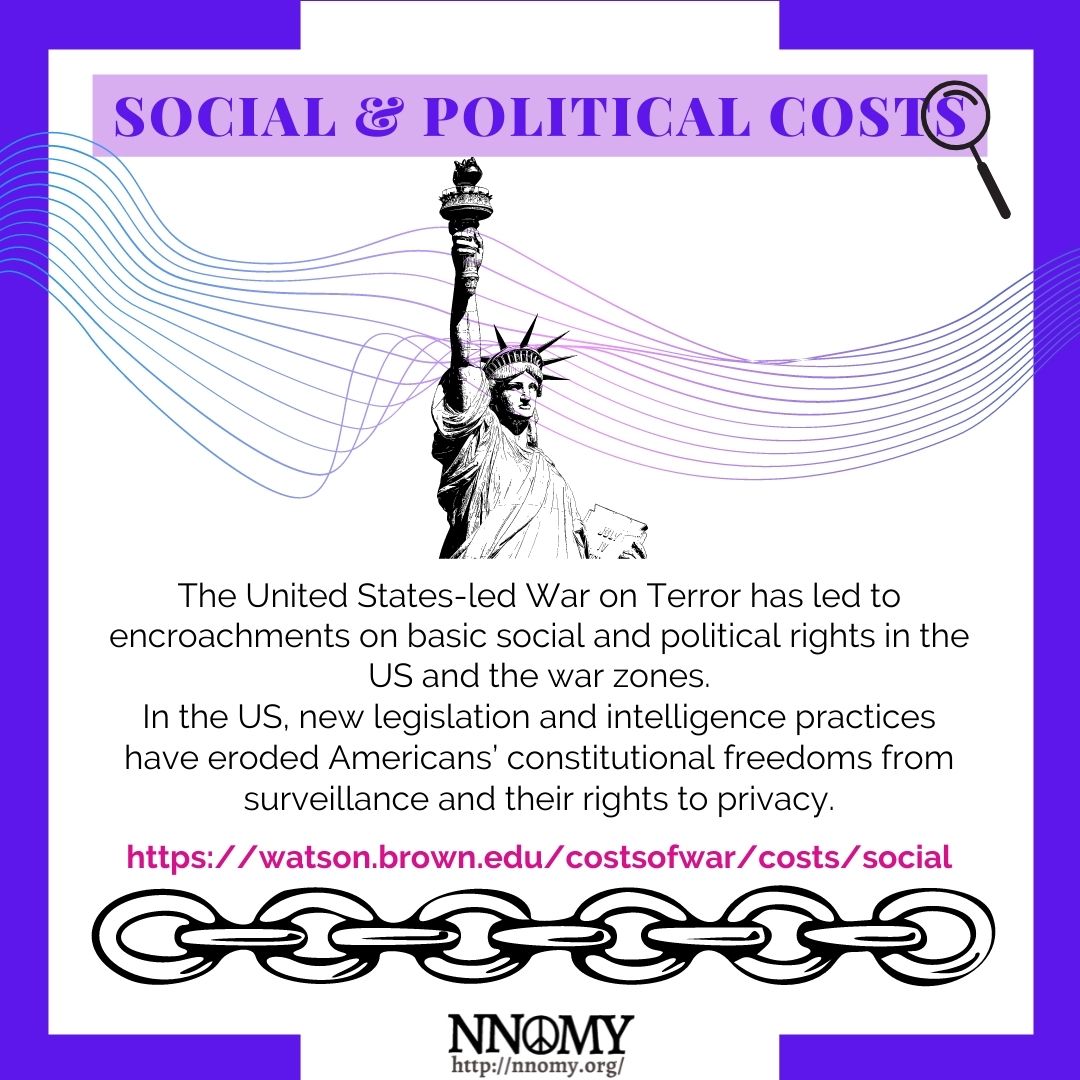