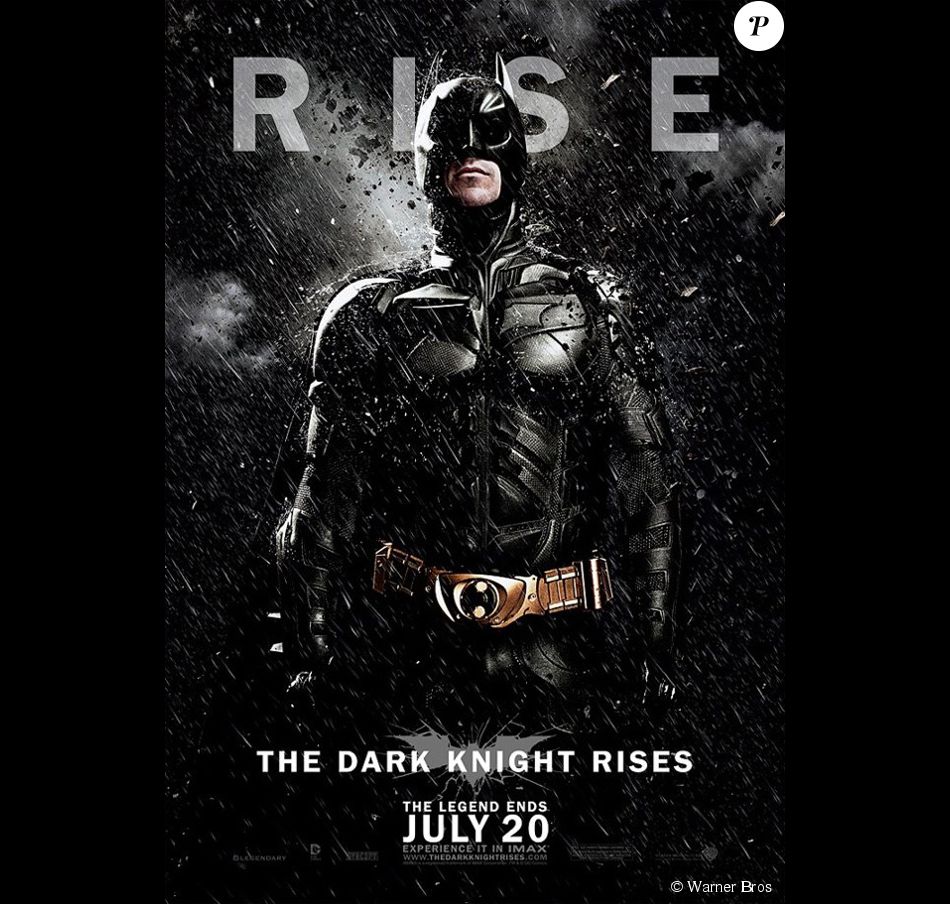 It seems obvious to me that the Aurora, Colorado cinema shooting and the close-on-its-heels massacre at the Sikh temple make the need for gun control clear and absolute, in particular the need to renew an assault weapons ban that would have covered the assault rifle James Holmes used. I immediately signed all the gun control petitions which showed up in my inbox, such as this bipartisan one from 700 mayors. (Others are listed at the end of this article). What seems patently obvious to me, however, is not so obvious to everyone, as gun sales in Colorado spiked 41% after the shooting at the Batman screening. The gun lobby -- which is to a large extent a gun manufacturers' lobby -- is certainly not going to let reforms come easily, even though there have been 60 mass shootings in the U.S. just in the 18 months since the Arizona shooting that injured Congresswoman Gabrielle Giffords.

Though there are many factors that contribute to this insanity, surely one of the reasons reform is so difficult is the prevalence of extremely powerful gun commercials available 24/7, slickly produced by multi-national corporations. These are not ads for specific gun models per se but movies, video games, TV shows, online videos, violent songs, and yes, graphic novels and comic books, which send the message that it's a very threatening world out there, that there are people who are less-than-human who you should hate, and that the way to be strong and cool is to be proficient at violence. This is emotional, gut-level propaganda, and it works.

Mapping the Terrain of War Corporatism: The Human Terrain System within the Military-Industrial-Academic Complex 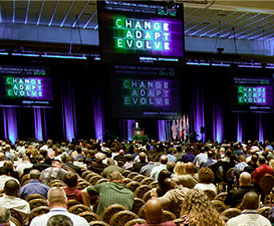 At least 34 corporations have vested interests, through contracts gained, in supporting the U.S. Army’s Human Terrain System (HTS) in particular, and in the development of “human terrain” capabilities across various branches of the Army apart from HTS (see for example: “The Pentagon’s “Other” Human Terrain System?“). Most of the newspaper coverage of HTS has focused almost exclusively on the role of BAE Systems, and the claimed “nationalization” of HTS1 (turning HTS employees into government workers, specifically labeled “intelligence analysts”) has not meant either the decline or disappearance of private contracting. Recruitment, training, and the design and equipping of technology used by HTS, and other human terrain branches in the Army, are all in the hands of private contractors. Several HTS employees have been, or continue to be, also employees of these corporations. There is considerable overlap and movement of senior personnel between several of these corporations and HTS in particular. Some of these individuals know each other from past work conducted for some of these private contractors.

Any suggestion that HTS is not about supporting war, and separate from the military-industrial complex and corporate war-profiteering, is at the very least naïve or disingenuous. As soon as corporations become such a significant part of the picture, arguments about “saving lives,” “peace keeping,” and “cultural sensitivity” become, at the very best, secondary concerns. The main concern for any corporation is the accumulation of capital. The main concern for any war corporatist is the accumulation of capital derived from engagement in warfare – the main drive is to maintain the war that produces the contracts that generate revenue and growth. HTS is thus very much part of the neoliberal economy of warfare, and academics are recruited – regardless of whatever they believe were the reasons for their recruitment – in order to support imperial warfare and thus to expand the profits of empire. Indeed, it would seem that several of the more outspoken HTS recruits from academia have been extremely naïve in their representations of the nature and purpose of their work – either naïve, or consciously duplicitous and cynical.

It should also be noted that several of these corporations (Lincoln) have been found to have roles in planting propaganda in foreign newspapers, which later fed back into U.S. domestic media coverage of foreign wars, and have performed roles in domestic spying (BAE Systems, Science Applications International Corporation [SAIC], MZM Inc.) and building domestic “counterterrorism” and “homeland security” capabilities (ManTech, and others). What is thus also being constructed, with the aid of HTS as pretext and justification, is the further development of repressive technologies aimed at the U.S. public. This is part of the blowback of empire against democracy at home.

HTS spokespersons have stressed that HTS does not do “intelligence” work, and nor do they support better targeted killing. With respect to the intelligence issue, usually we are faced with conflicting definitions of “intelligence” and some human terrain proponents do in fact speak of “ethnographic intelligence” and “cultural intelligence.”2 The point is that some of these companies are in fact primarily interested in intelligence work, according to their own terms. Booz Allen Hamilton explicitly seeks people who have extensive experience in the U.S. “intelligence community,” to train HTS recruits. The Walsingham Group is simultaneously engaged in “Human Factors & Human Social Cultural Behavioral Programs” and “Intelligence, CI/HUMINT, SOF & Irregular Warfare Support”, mixing interests with a Special Ops background, and support for Homeland Security. HTS contractors certainly have a “dark side” that the promotional propaganda for the human terrain doctrine obscures. Some are explicit that their technology, such as Ascend’s Tactical Ground Reporting device (Now General Dynamics), is intended to “increase combat effectiveness.” One of the contractors, CACI, was at the heart of the Abu Ghraib torture scandal. In Iraq, the Wexford Group, now owned by CACI, was directly involved in supporting the targeted killing of people suspected of laying IEDs, supporting what were called “small kill teams” (note also HTS’ origins in the Joint Improvised Explosive Device Defense Organization, JIEDDO). SCIA has also developed maps explicitly for the purpose of pinpointing the presence of “insurgents” or “bad guys” based on recorded behavior patterns.

Some of the companies also seem perfectly innocuous, lacking a profile or mission that is primarily military or intelligence-oriented. Some also lack more than very superficial websites that do little beyond providing a generic commercial image, a name, and maybe contact information – with nothing indicated about clients or contracts, or even who are the main officers of the company. Not all of the companies are American – at least one, MTC Technologies, is a Canadian company. Another of the companies is owned by American Indians.

Especially interesting are the several cases of clear overlaps between the companies’ personnel and consultants. For example, one will find overlaps between Georgia Tech, Aptima, and Mitre, in the figure of Eduardo Salas. Kari Kelton of Aptima also served HTS.3 HTS’ Steve Rotkoff is also tied to McNeil Technologies (Now AECOM). Strong links tie Glevum Associates, the Lincoln Group, and HTS, to the extent that their senior personnel seem to be triplicated across all three: HTS’ Milan Sturgis, at the heart of a sexual harassment scandal,4 works as a consultant for Glevum; Alicia Boyd and Laurie Adler, both formerly with Lincoln, moved into HTS, and now Adler has moved into Glevum (for more on Adler see here and here). Daniel Wolfe, IT Director for HTS is closely tied to both Glevum and USI. Charlie King worked for both HTS and Wexford – CACI.5 We also learn that STI, a contractor for HTS, was owned by Blackwater, the mercenary corporation now called Xe. In addition, HTS’ Audrey Roberts, who we know from her glowing sales articles about HTS in the Journal of International Peace Operations (see here and here), has also served as a Research Associate for the International Peace Operations Association (IPOA) and Assistant Editor of its journal (JIPO) — the point being that IPOA is an association of private military corporations, including the likes of Blackwater.

First, this is the complete list of companies compiled to date:

CONTINUE TO THE COMPLETE REPORT…

It All Turns on Affection

We are no longer talking about theoretical alternatives to corporate rule. We are talking with practical urgency about an obvious need. Now the two great aims of industrialism—replacement of people by technology and concentration of wealth into the hands of a small plutocracy—seem close to fulfillment.

At the same time the failures of industrialism have become too great and too dangerous to deny. Corporate industrialism itself has exposed the falsehood that it ever was inevitable or that it ever has given precedence to the common good.

It has failed to sustain the health and stability of human society. Among its characteristic signs are destroyed communities, neighborhoods, families, small businesses, and small farms.

Read more: It All Turns on Affection