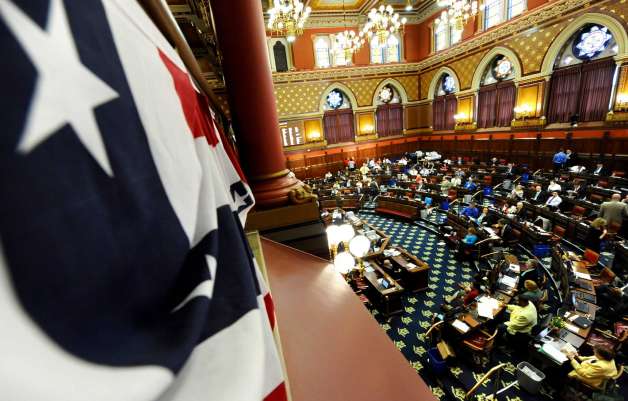 We’re working with the ACLU of Connecticut to pass SB 423, a bill that would protect the privacy of high school students who take the ASVAB.  On March 19, 2014, SB 423 passed the Connecticut Education Committee 22-10 on a purely partisan vote.

We’re hopeful the bill will make it to the floor.  Ahead of the vote, the committee received this testimony opposed to the legislation from Lt. Colonel Michael D. Coleman, Commander, U.S. Army Recruiting Battalion, Albany, NY. The letter apparently didn’t sway a single Democratic vote.

For those of us across the country who have been working on this issue for years, this letter represents the epitome of deception, ignorance and arrogance. Please take a moment to read the Lt. Colonel’s letter and our response.

Lt. Colonel Coleman is not accurate when he writes that children will lose the opportunity to benefit from the ASVAB Career Exploration Program if a school selects Option 8. In fact, any attempt to discriminate on the basis of the release option chosen by a school or school district is prohibited by USMEPCOM Regulation 601-4, which states, “The access option chosen by the school will be honored without discrimination and without adverse effect of quality or priority of service to the school.”

While the commander's letter claims that Option 8 would prevent students from learning about military careers, he contradicts himself when he writes that the primary source of lead generation for recruiters is the student contact lists released by schools under No Child Left Behind.

The Lt. Colonel writes that participation in the ASVAB, “is not a ruse to gather personal information on students for recruitment purposes.” It is a ruse!   A ruse is an action intended to deceive, just like the commander’s letter.  The Army’s School Recruiting Handbook (USAREC Pamphlet 350-13) states that the purpose of the ASVAB-CEP is to “Provide the field recruiter with a source of leads of high school seniors and juniors qualified through the ASVAB for enlistment.”

We don’t have a problem with the use of the test in the state’s schools and we agree with Lt. Colonel Coleman that students benefit from test results and participation in the Career Exploration Program. Students, however, still benefit from the program when Option 8 is selected.  It should be noted that both Hawaii and Maryland, two states with universal Option 8, have both experienced a growth in the numbers of students participating in the ASVAB-CEP, due to the popularity of the program, especially when privacy concerns are removed.