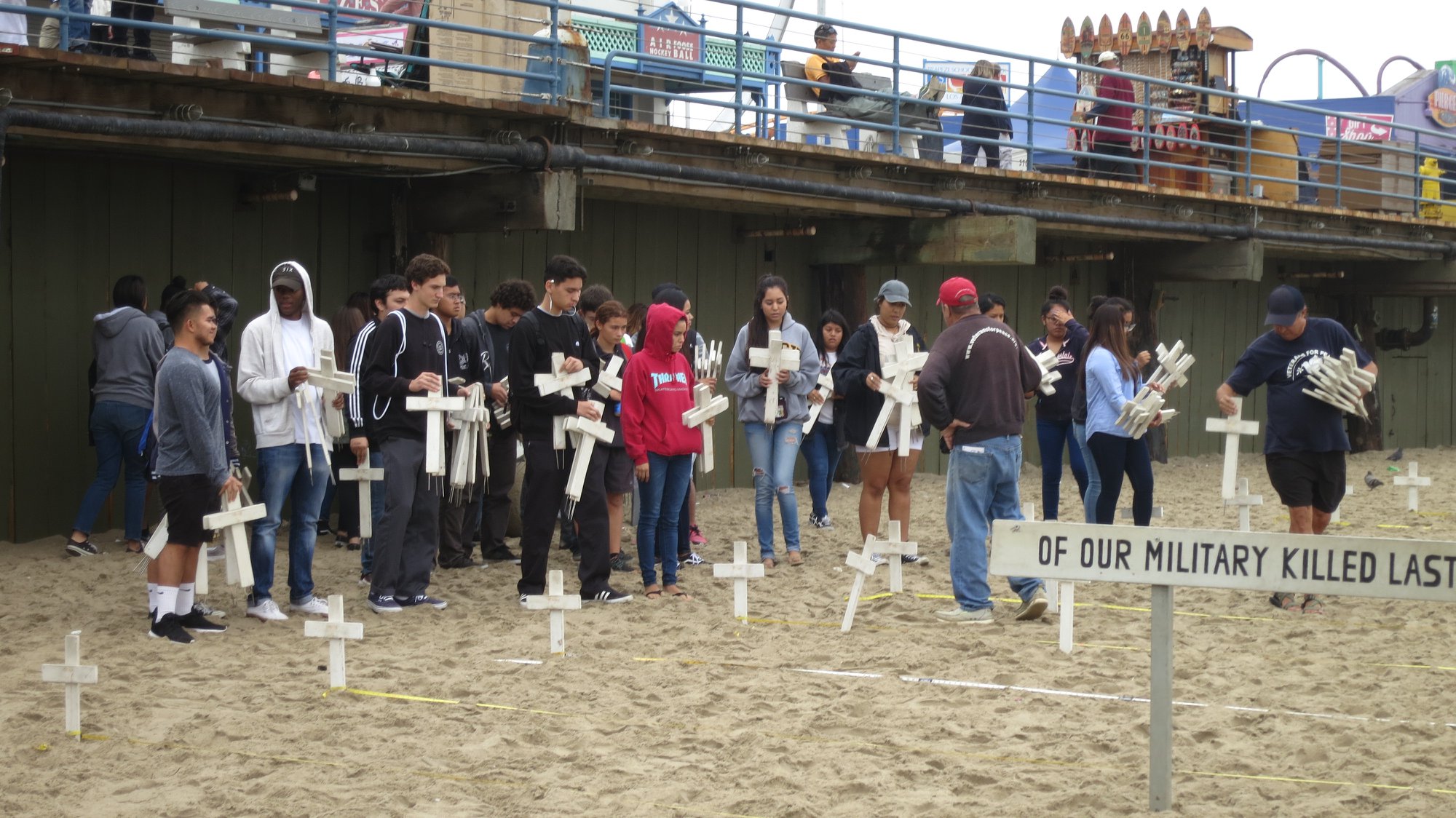 Pat Alviso / Military Families Speak Out - This information is written for peace activists who want to facilitate a peace club in their local high school. The information it contains is based on years of experience collected by two long time peace club facilitators in Southern California. We hope that this information will inspire you to start and build a peace club in your area and that you will be able to benefit from our many years of combined experience starting and continuing to sponsor peace clubs. It is our intention that this booklet is only a springboard for creating a peace club in your area. We recognize that only you can build and develop your own peace club into a club that can be a unique and powerful group of student activists who can help bring and sustain a culture of peace into our schools.

Read more: How to start a Peace Club in your local Schools 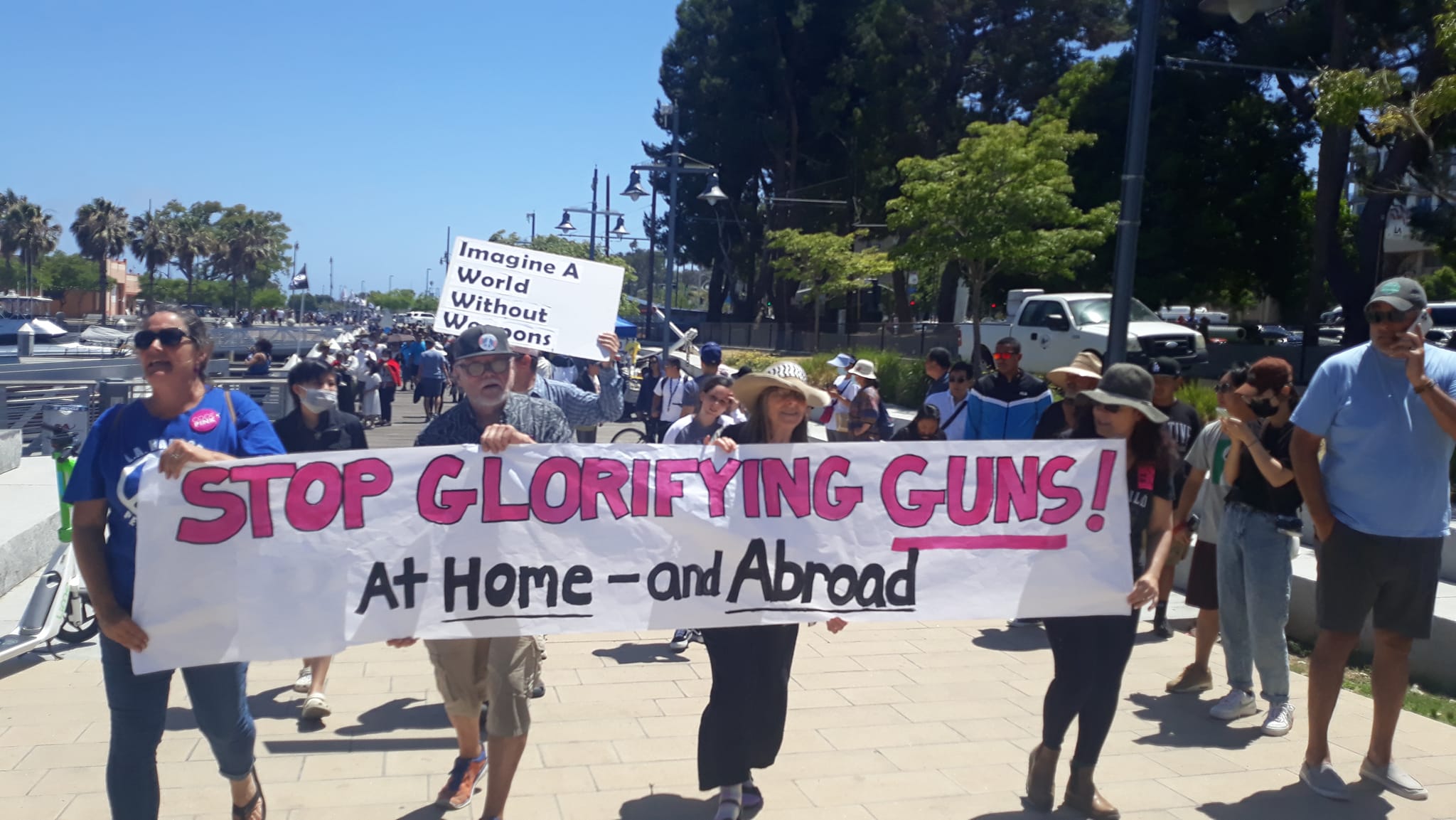 March 31 2022 / Gary Ghirardi / NNOMY -  I received an invitation from Rachel Brunke, a newly joined steering committee member of NNOMY and an organizer for Codepink San Pedro, to come up from our office in San Diego and participate in their Peace Week activities during the Memorial Day weekend.

Getting out of the The National Network Opposing the Militarization of Youth office and making it up to the Navy’s Fleet Week at Los Angeles Harbor was an eye opener on a few important levels.

Fleet Week is five days of celebratory militarism all packaged over Memorial Day with out a sign of the purpose of that day of remembrance for those who fought as combatants in US wars and lost their lives. Fleet Week is a window into the comfortable relationship the military enjoys with all types of corporate sponsors including the Fox Network, Princess Cruises, Wells Fargo Bank, UPS, Delta Airlines, Clear Channel and many more plus  governmental entities like the City of Los Angeles and of course The United States Government.

The festivities include Navy ship tours, live entertainment, exhibits and displays, food trucks, live competitions and aerial demonstrations with jet fighter and attack helicopter fly-overs; it is a city fair of war without mention of the suffering that war causes to all involved.

A peace action is planned to run concurrently as a counter event held every year at what the organizers named Peace Park located across the boulevard in front of the Battleship Iowa museum. With local peace group push back by Codepink San Pedro, San Pedro Neighbors For Peace and Justice, Military Families Speak Out and the Veterans for Peace Jim Brown Chapter, the park is actually its own commemorative site from Labor struggle days in the 20’s and 30’s, originally the location of a dock workers bar where the workers gathered and organized.

America’s Child Soldiers JROTC and the Militarizing of America 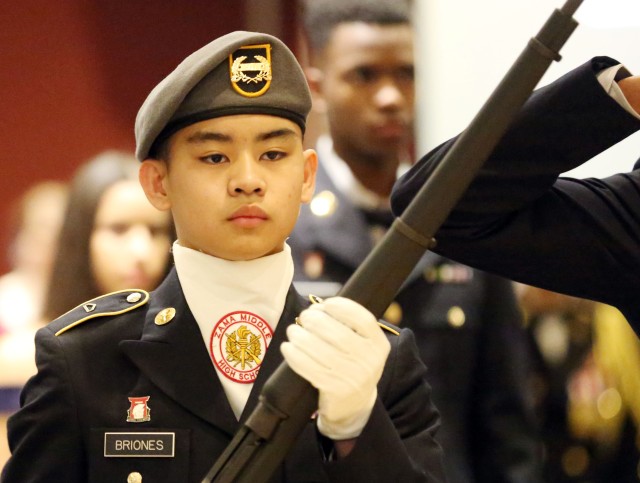 08/09/2021 / Ann Jones / Tom Dispatch - Congress surely meant to do the right thing when, in the fall of 2008, it passed the Child Soldiers Prevention Act (CSPA). The law was designed to protect kids worldwide from being forced to fight the wars of Big Men. From then on, any country that coerced children into becoming soldiers was supposed to lose all U.S. military aid.

It turned out, however, that Congress — in its rare moment of concern for the next generation — had it all wrong. In its greater wisdom, the White House found countries like Chad and Yemen so vital to the national interest of the United States that it preferred to overlook what happened to the children in their midst.

As required by CSPA, this year the State Department once again listed 10 countries that use child soldiers: Burma (Myanmar), the Central African Republic, Chad, the Democratic Republic of the Congo, Rwanda, Somalia, South Sudan, Sudan, Syria, and Yemen. Seven of them were scheduled to receive millions of dollars in U.S. military aid as well as what’s called “U.S. Foreign Military Financing.” That’s a shell game aimed at supporting the Pentagon and American weapons makers by handing millions of taxpayer dollars over to such dodgy “allies,” who must then turn around and buy “services” from the Pentagon or “materiel” from the usual merchants of death. You know the crowd: Lockheed Martin, McDonnell Douglas, Northrop Grumman, and so on.