Why the Civilian Leadership Fears the Military 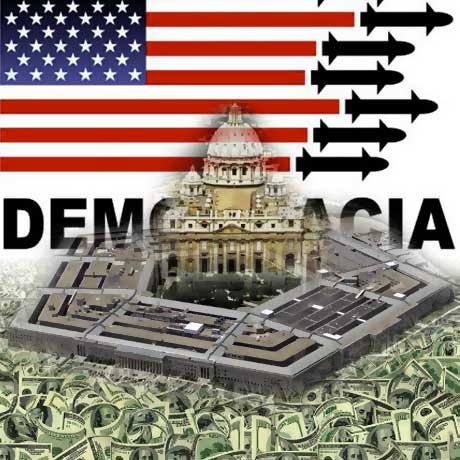 “Only 17 percent of the all-volunteer force serves for more than 20 years, and they are endowed with a lifetime benefit. The current US military retirement system does not compensate for those in high risk situations or extenuating circumstances (e.g., combat duty, hardship tour, and separation from family).. The current military retirement system is unfair.  For example, 83 percent of those serving in the US military will receive no retirement benefit.  US military personnel serving 5, 10, or 15 years will depart from service with no benefit or pension.  This cohort includes the majority of troops who have engaged and will engage in combat.  Retiree healthcare (TRICARE) is significantly more generous than civilian programs. For those serving more than 20 years, the retirement contribution is 10 times greater than the private sector: average private sector pension contributions range from 4-12% per year; military retirement benefit equates to 75% of annual pay per year for those who retire; and immediate payout after 20 years has no comparison in the private sector. In light of the budget challenges DOD is currently facing, the military retirement system appears increasingly unaffordable.” Defense Business Board

How times have changed since General George C. Marshall (1880-1959) walked the Earth. Chances are he would be appalled by the current-day US military leadership that has allowed (and taken advantage of) a national security/militaristic thinking to penetrate deep into the American political and social arenas. Marshall, no doubt, would be taken aback by the revolving door between the Pentagon and the private sector, and the hyper-privatization of the US national security machinery.

Particular pain for Marshall would come from watching many Flag Officers (generals, admirals) reaching the 20 year mark in their professional military careers and then jumping ship to private sector employment with defense contractors and defense associations. With them goes a lifelong and comparatively hefty federal pension and benefit package. Combine that with their newly minted private sector salaries and, well, the rich get richer. Indeed, some defense associations in the DC Metro Region are paying their presidents—former Flag Officers with 20 or more years of government employment–nearly $1 million dollars (US) in compensation and benefits. One can only imagine what private sector defense contractors or corporation boards are paying its retired Flag Officers with 20 plus years of government employment.

Occupy Wall Street may have its 99 percent ruled by 1 percent of wealthy Americans but its mirror image is reflected in the US military pension system. There, it is the 83 percent that are ruled by the 17 percent of 20-or-Bust personnel whom, upon retirement, have pensions/healthcare packages that are untouchable, even sacrosanct.

And Marshall would surely grimace at the current crop of US civilian leaders—and American citizens—and chastise them for assisting in turning his respected “priesthood”, as he called it, into so many ornamented Popes and Bishops who assert near-divinity and truly believe that “freedom” only exists because they “serve” or command. The United States of America lives in this purgatory as its civilian leaders have forsaken their constitutional responsibility to actually think and challenge military assumptions and projections (this includes scores of civilian military “experts” in think tanks and academia) while designing national security strategy which, of course, drives national military strategy. And they have put other countries’ interests far ahead of the American homeland which is in dire need of repair. The logic of “fight them over there before they get here” is irrelevant in the globalized world. Haven’t Americans been told the battlefield is everywhere?

The Popes and Bishops of the Pentagon-Vatican hide/classify cost overruns, casualty rates (increasing on the African Continent), gang activity, poor soldier/sailor/airman care, and the near poverty that many enlisted personnel and families around the US live in. The Pentagon-Vatican proclaims that budgets must always be increased and never reduced, or even pegged to the GDP of the USA. More cathedrals and chapels around the globe must be built (military bases large and small) they say. The Pentagon-Vatican portrays challenges to its budgetary or military acumen as thorns in a collective crown placed upon their heads by the civilian novices/brothers in the executive and legislative branch.

Indeed the national security machinery subtly promotes the “serving” soldier/commander as a sort of suffering Christ-on-the-Cross figure. This is dangerous stuff.

What is the soldier/commander suffering for?

A Detroit urban dweller watching as his/her city crumbles to the ground? The 20 plus year civilian retiree who has no military clout to save their pensions and health insurance? The returning soldier with PTSD who gets a 1-800 telephone number with a distant voice telling him/her to calm down? That small percentage of active military personnel (and their families) who actually engage in combat or direct combat support and receive little notice except when they need to be rolled out to stop budget sequestration (because civilians can’t get it together)?

The only command that actually takes care of its personnel and families is the US Special Operations Command. But they are a rarity.

So as the US economy continues to stagnate (trucking, rail, ports, dry-bulk indicators all down or with marginal improvement) and US infrastructure crumbles, the thought is to increase not to cut the national security budget (military, intelligence, homeland, etc.). A trillion dollars (US) will just not do, say the Popes and Bishops. We need to chase AQ, druggies, gangs, anarchists, vandals and that’s expensive says the chorus of Novices and Brothers who design national security strategy and control the treasury.

And all the propaganda and myth gets pumped into the American publics’ collective mind through the media, most of which is owned by approximately 10 corporations, and the many speeches/testimony given around the US by the Popes, Bishops, Novices and Brothers and the collective intellectual Remora that they carry with them.

Charles Brower encapsulated best the qualities of George C. Marshall that are so very absent in these times.

“He did not attempt to advance his cause through leaks to favored journalists. He did not attempt end runs of President Franklin Delano Roosevelt to the president’s congressional critics. And he did not publish in the New York Times or Washington Post op-ed pieces articulating alternative solutions to the administration’s policies. Instead he privately provided his commander-in-chief independent and candid advice, not partisan advocacy of alternative policies, and he loyally supported and actively assisted their execution once the president had decided.

He believed that military men had a duty to explain the needs of their services and the requirements of their forces to carry out assignments directed by the commander-in-chief. A responsible officer had the right to question a policy he considered wrong or mistaken and to discuss thoroughly a proposal. But there was no right to challenge publicly the wishes of the commander-in-chief. Refusal to accept that rule on the part of an officer meant the destruction of his own power to command. To Marshall, such resistance of the armed forces to the president weakened the fabric of a democratic society.

“[The American Armed Forces] have a great asset,” Marshall observed, “and that is that our people, our countrymen, do not distrust us and do not fear us. They don’t harbor any ideas that we intend to alter the government of our country or the nature of this government in any way. This is a sacred trust….We are completely devoted, we are a member of a priesthood really, the sole purpose of which is to defend the republic. We concentrate our time and attention on that subject. That doesn’t mean that we don’t understand other things, but it simply means that we devote our time and attention exclusively to this. I don’t want to do anything…to damage the high regard in which professional soldiers in the Army are held by our people…”

John Stanton is a Virginia based writer specializing in national security matters. Reach him at This email address is being protected from spambots. You need JavaScript enabled to view it.