Largest branch of military struggles in a strong economy; a pilot program in Chicago 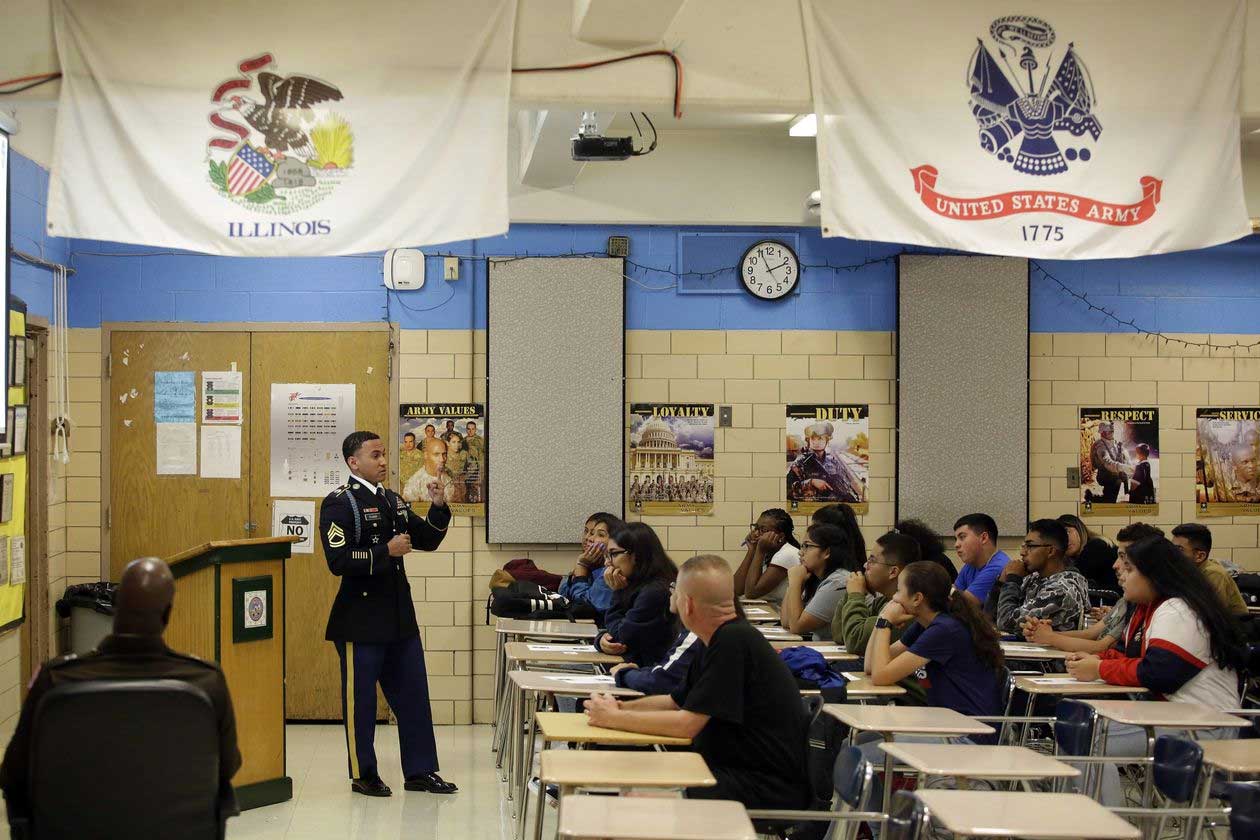 Ben Kesling, Wall Street Journal - CHICAGO —The U.S. Army is experimenting with new recruiting tactics as it struggles to connect with young people who have other job options in a strong economy.

Last year the nation’s largest military branch recruited just under 70,000 troops, about 10% short of its target of 76,500, which marked the first time in a decade the Army missed its goal. For this fiscal year ending in September, they met a more-modest goal of 68,000.

Experts say the military’s appeal has been waning among young people, and a tight labor market is typically the toughest time to recruit.

In a pilot program in Chicago, the Army is tailoring its message by neighborhood, adjusting advertising and staffing to match an area’s demographics. The program here is part of a push into nearly two dozen cities where the Army has missed targets in the past. Across the country, the service is tapping into market data the way corporations or political campaigns might, and it is making sure recruiters are the first ones who get issued new eye-catching uniforms.

“We hadn’t really focused down to breaking it down to the neighborhood level,” said Brian Scarlett, head of the Chicago pilot program.

At the Gurnee Mills shopping mall, where the Army has identified that many shoppers are Hispanic, a digital billboard shows a picture of a soldier in uniform sitting with his family at home.

The Army crafted the ad after extensive surveys found a large part of the Hispanic population wasn’t aware that a soldier could have a family and go home at night, unless on deployment. 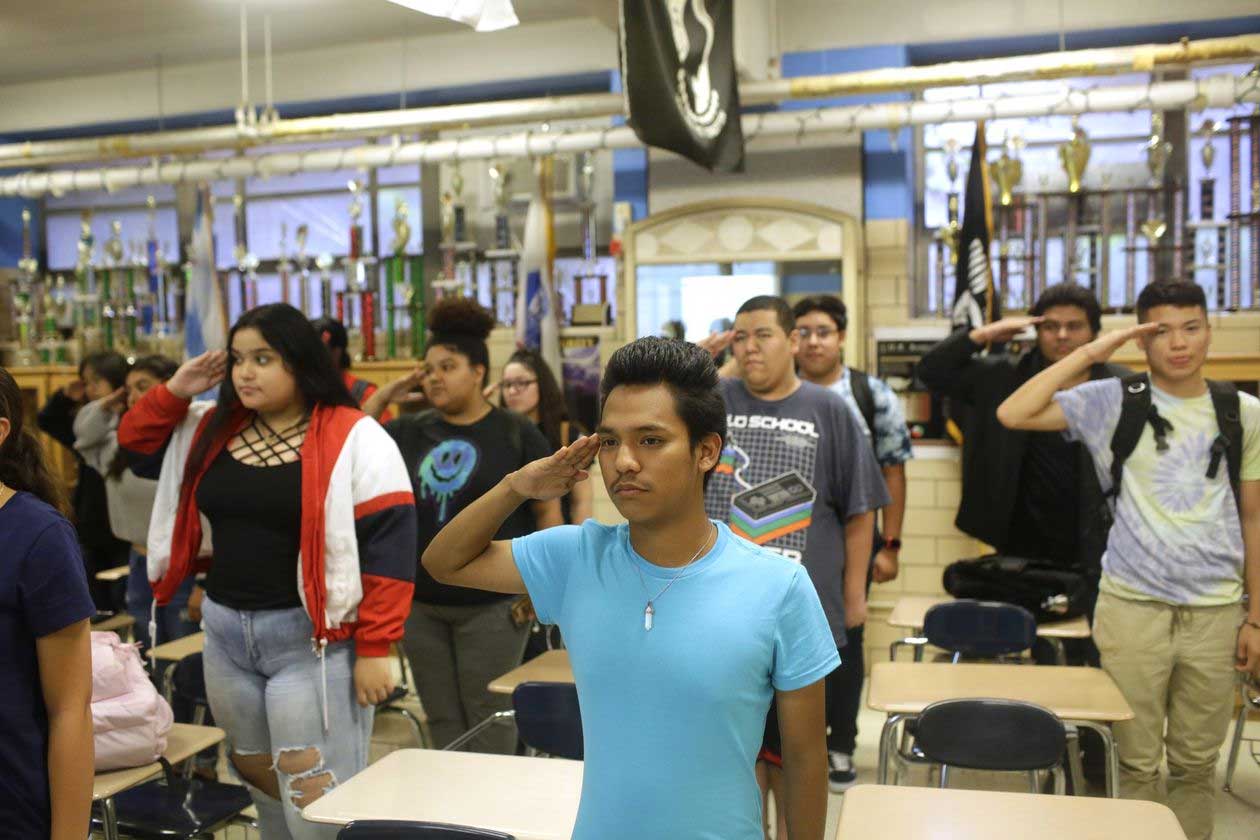 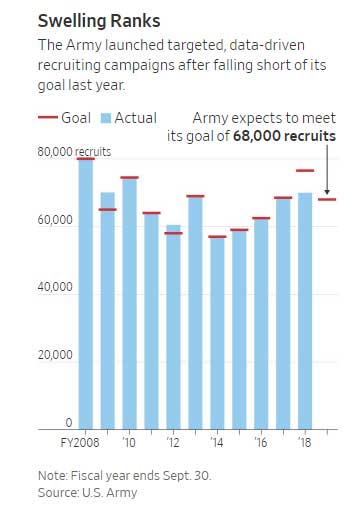 The Army also sends recruiting station commanders a breakdown of the demographics of their areas, along with the top motivations and obstacles potential recruits face in signing up. One Chicago recruiting station will soon have a full complement of recruiters, including a woman, African-Americans, a Spanish speaker and a Polish-American.

“We can say to the recruiters that here’s the predominant buy-in factor,” said Tim Turpin, spokesman for the Chicago recruiting battalion. “When you head over here to this school, here’s what you should be focusing on.”

Recruiting for the all-volunteer corps is a challenge, especially when the economy is strong. Recruits need to have a high-school diploma and the base salary for an enlistee is just over $20,000 per year, plus benefits including room, board and health care. It can take a few months to ship to boot camp after signing a contract and then months more of basic and specialty training before finally being assigned to a unit.

“The propensity for young people to enlist is going down, and the Army’s also fighting a red hot economy, which always makes it difficult,” said Mark Cancian, a senior adviser at the Center for Strategic and International Studies, a Washington think tank. “They need to do something.”

Army officials said that the lower recruiting numbers don’t give the whole picture and that new advertising techniques help lead the Army to make thousands more contacts with potential recruits and sign up higher-quality troops. Officials have also focused on how to better retain troops once in uniform. The service issued fewer waivers this year, trying to shake the Army’s reputation of lowering quality in order to put people in uniform.

Recruiters like Sgt. 1st Class Jose Tejada, a 37-year-old combat veteran of the infantry, say the change isn’t always apparent on the ground where every day can be a challenge. In his two years in Chicago, he has signed up an average of just more than one person per month, a respectable performance.

“We don’t have time to sit down and break down the data,” said Sgt. Tejada. “It’s like being on deployment, it’s go, go, go.” 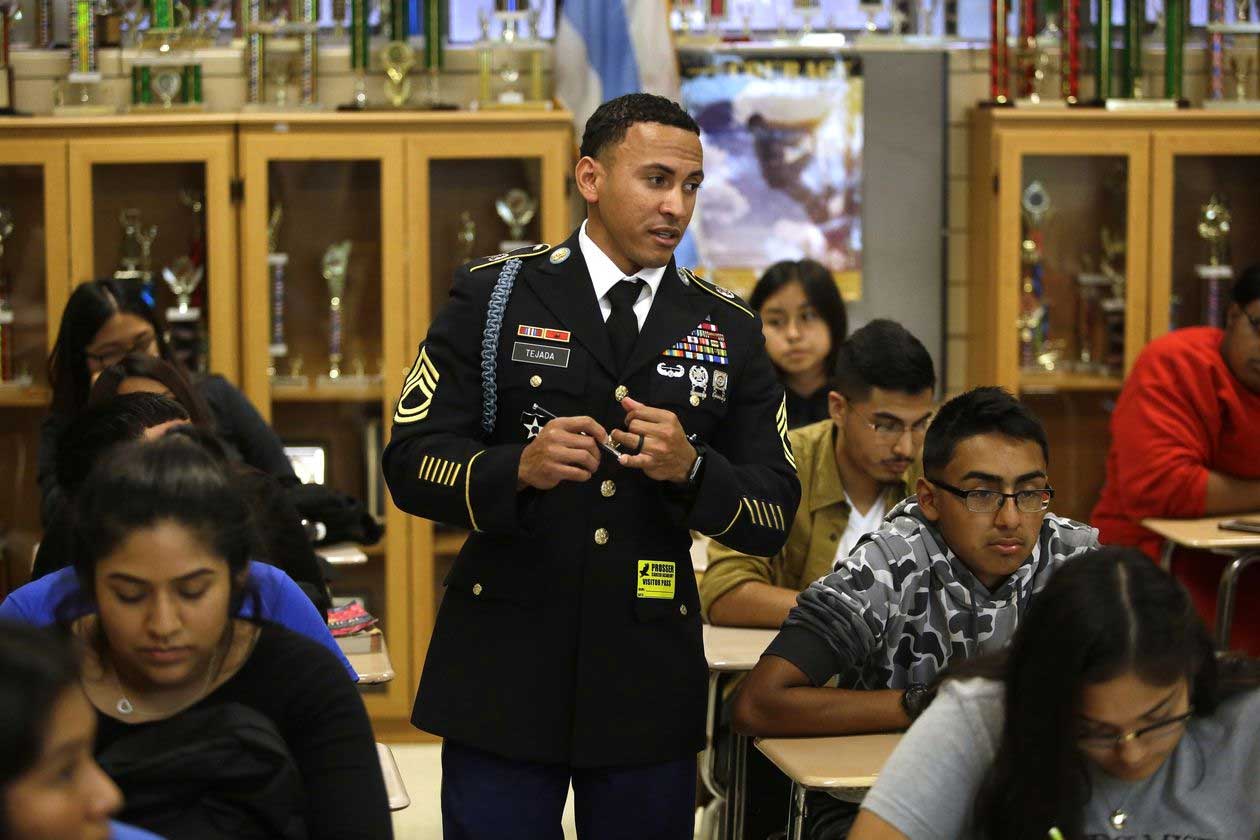 On a recent morning, Sgt. Tejada was in his crisp uniform giving a presentation to a classroom of high-schoolers where one of his primary goals is simply to debunk myths about serving.

“There’s a misconception that you join the Army and they give you a weapon and ship you off to war,” he told the students. “That is not the case.” 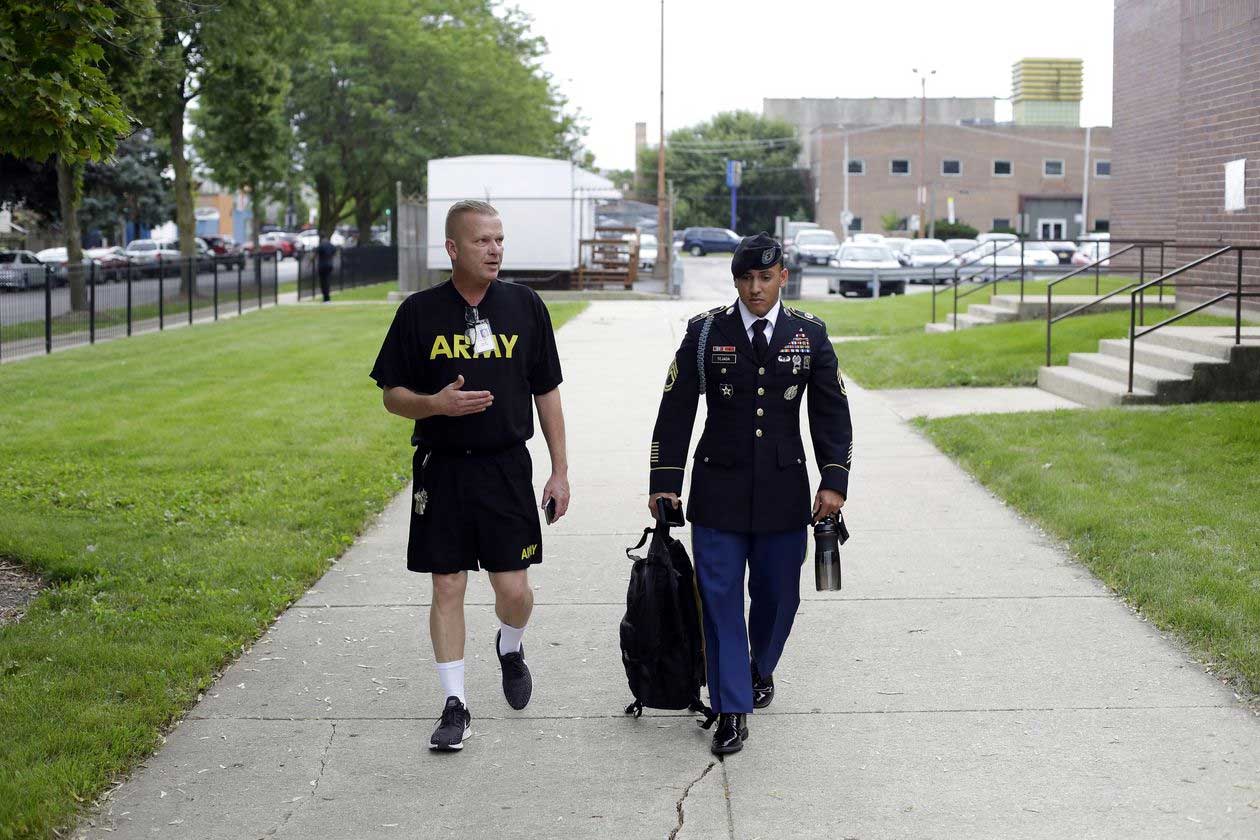 He told them about the many jobs like those in information technology, much different than infantry, where troops tote a gun on the front lines.

Sgt. Tejada’s efforts at this high school were aided because the few dozen students were enrolled in Junior Reserve Officer Training Corps, or JROTC, a program found in many public schools that helps introduce students to military life.

The predominantly Hispanic students listened politely, and at one point Sgt. Tejada told them a brief version of his life story. He said he knows how tough it is to grow up in an immigrant community and invited the kids to reach out to him, even volunteering to go to their homes and speak with their parents about the military.

At another visit to a Chicago high school, Sgt. Tejada prepared for his presentation as some potential recruits sat impassively or looked at their phones. He got their attention when a fellow recruiter walked in wearing the new olive-green uniform—a throwback to World War II and punctuated with colorful patches, ribbons and badges.

“Whoa! Those are the new uniforms?” one of the kids asked as they gathered around the recruiter.

“I’ll be wearing that one tomorrow,” Sgt. Tejada said.