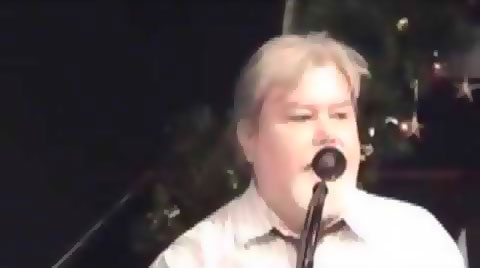 In the early 1980's a citywide movement attempted to rid local high schools of JROTC (Junior Reserve Officer Training Corps), a militarized curriculum aimed at eventual recruitment. As a compromise, the DC School Board left JROTC intact and passed a rule, which allows counter-recruiters access to any school where recruiters visit. JROTC now costs the school system over half a million dollars each year to enroll 15% of the students. That makes it the most expensive school program per capita; and it has an 85% dropout rate. The School Board and the City Council both voted to de-fund the program in the 1990's, but the Board of Trustees appointed to run the schools, made up entirely of retired military officers, refused to implement their decision. Instead, every DC high school now has a Navy or Army JROTC program, and at least three schools make it mandatory, by putting in on the freshman class curriculum each year.

The Department of Defense and the various military branches spend hundreds of millions of dollars each year on electronic and print advertising for new recruits, since their retention rates are only slightly better than JROTC. A full 75% of new enlistees do not finish their first term of enlistment, and one out of every four African American GI's leaves the service with a less than honorable discharge, marking them for lifelong employment discrimination. Military recruiters are a constant presence in the high schools, sometimes sharing office space with guidance counselors, and speaking to assemblies. Recruiters are given full access to students' time, addresses and phones.

For many young people, the military is the first and most visible job and educational option they see. And this is for a reason, because the military wants to recruit them before they find out they have other choices. A full 85% of current enlistment is under the Delayed Entry Program, a recruiting method which signs students up in their junior or senior year of high school to enlist upon graduation. When they discover they can get a better job or training, or a scholarship or loan for college, they are often intimidated by recruiters who discourage them for applying for easy discharges available to them.

A DC-based volunteer group, the Committee for High School Options & Information on Careers, Education and Self-Improvement (C.H.O.I.C.E.S.), brings veterans and other peace activists into the high school Career Days each year to counter the false promises of ever-present military recruiters and to offer civilian options for job skills and training, trade apprenticeships, and money for college. They address student assemblies and classroom groups, or table with information during Career Days. Over the last ten years, every DC high school has arranged for them to make a presentation to students. On the average, half of the schools allow them access each year, usually in the Spring.

The information is generally well received by students, faculty and guidance counselors. Material about discharge from the Delayed Entry Program and other brochures have been donated to each school library and guidance counseling office as well. Certain high schools invite the group to return each year, others have to be contacted multiple times to determine when the Career Day is scheduled. This year, volunteers attended Career days in March, April and May at a range of schools.

Over 90% of recently discharged veterans say they have not learned any skills they can use in civilian life, and only a small percentage of military jobs transfer to any civilian counterpart. African American veterans today find themselves more likely to be unemployed and homeless after military service than others who do not join. C.H.O.I.C.E.S. provides students with a realistic picture of the military that recruiters will not provide.

The Montgomery GI Education Bill, which provides matching funds for college tuition costs after discharge, has actually made money for the Pentagon, a total of nearly $2 billion since they started the program in the 1980's. Most of the scholarships require the new recruits to donate a third of their first-year salary (about $100 a month) toward the fund, which is then matched once they finish their service and are accepted into a college. The military does not pre-screen them for college potential or require they have SAT or other test scores. Statistics show that most young people will not return to college once they have been out of high school for over a year, and this holds true for military veterans coming out from four to six years after graduation.

In addition, if enlistees discharge early for any reason, or with anything less than an honorable discharge, the military keeps the funds they donate as well as the matching funds. Of those that qualify for funds at discharge, only 35% use them, and only 15% actually graduate from college. The amounts offered rarely pay tuition for a full college education at a four-year institution. Dr. Reginald Wilson, head of the office of Minority Concerns at the American Council on Education, and a board member of C.H.O.I.C.E.S., points out that, "Black enlistment keeps climbing, but Black enrollment in colleges keeps going down. Where is the promise to our youth?"

The good news is that young people do not need to join the military to get what it promises but rarely delivers. Over 70% of all college loans, grants and scholarships are from civilian sources. DC has a Tuition Assistance Program that provides up to $5,000 a year for up to 5 years to cover the difference between in-state and out-of-state tuition at any state college in the country. Hundreds of minority and career-targeted scholarships are available from federal, state or university funds. Inexpensive trade schools in DC train students on up-to-date equipment for good paying careers. Unions encourage young people to learn skills as paid apprentices, allowing them to work at union rates when once they master the trades. Local community programs help young people learn basic skills for the workplace and help them find jobs after school, over the summer and once they graduate. C.H.O.I.C.E.S. lets them know about all these options and more.

During World War II a newly integrated military force allowed returning Black veterans to demand equal rights, an end to discrimination in hiring, and treatment as second-class citizens. The risks of military combat duty earned Black veterans the right to demand participation and respect in the civilian sector. Veterans' benefits allowed these veterans to purchase homes for the first time, and to go to college. Because of this, military enlistment was seen as a step up for many disadvantaged African-Americans and a place to learn discipline and skills that would assist in later life.

During the Vietnam era, the benefits remained for veterans, but the likelihood that Black veterans would be disenfranchised by bad discharge was very high. By the beginning of the Gulf War, the benefits awarded WWII veterans had all but vanished. But public opinion about military service, especially in the African-American communities, was a mixture of holding onto the previous promises and facing the realities of Black veterans' experience with a virulent institutionalized racism.

The number of conscientious objectors who applied for discharge during mobilization for the Gulf War was higher than during the Vietnam era, and it included a high percentage of Black troops who did not want to fight for oil against other people of color abroad. Resistance in the combat ranks by African-Americans continued from Vietnam forward, in Grenada and in Saudi Arabia. Hundreds of thousands of Black veterans have been stigmatized by less than honorable discharge, and face legal employment barriers because of it. For every General Colin Powell, over 150 African Americans leave the military each day marked for life by bad paper.

At a few schools, JROTC Military Instructors, who take a salary from both the high school and the military, oppose the presence of C.H.O.I.C.E.S. Some teachers and counselors feel that the group is somehow limiting the opportunities of students to learn job skills or go onto college, despite the statistics. Others still have the view of the military that was prevalent at the end of WWII, or feel that military "discipline" is the only way some students will ever improve. This confusion of self-discipline and mere obedience is one reason many educators support JROTC uncritically. "This is negative," one JROTC instructor at Eastern High School complained last year, "you should not be bringing negative messages to young people."

Telling young people the truth about military life and risks and offering other ways for students to get what they think the military is promising is a positive message. Without C.H.O.I.C.E.S., the military message and perspective would be the only one they hear. Once students know they can find money for college in the civilian sector, and be trained in useful job skills by community agencies or trade unions, their interest in the military promises fades.

Over the years, the attitude of teachers and counselors toward military enlistment has become more realistic, despite the continued presence of recruiters in the schools. Students and faculty alike now express gratitude about the presence of C.H.O.I.C.E.S. and the alternatives they present. At a recent senior assembly at Cardozo High School, a presentation by a Navy recruiter was immediately followed by accurate information about the misleading promises he made, and the civilian options that exist, and students applauded the speaker from C.H.O.I.C.E.S. Other job presenters at the Career Days also compliment the group for bringing realistic information about enlistment to young people; often expressing that they wish such information had been available to them. At Ballou High School, an African-American woman, representing the National Parks Service, recently said, "I grew up on military bases and I know exactly what you are talking about, I think it's wonderful that you are here for these kids."

C.H.O.I.C.E.S. will continue to go into the schools and to reach youth in the community with their message and with referrals and assistance. This year, volunteers include interns from American Friends Service Committee and the Washington Peace Center, who are learning how to do outreach against the constant militarization of our youth. C.H.O.I.C.E.S. also provides counseling to those seeking discharge from Active Duty or the Delayed Entry Program, and continues to discover civilian opportunities for young people. The group also actively opposes continuation of JROTC in the DC schools.