10 Ways to Protect Your Child From the ASVAB

"Many parents have experienced the eerie intuition that tells them their child is in danger." 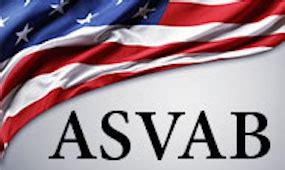 "Mom, there's this test we're supposed to take tomorrow," my daughter told me one night last year, "but I have a funny feeling about it. Our guidance counselor came in and said that the school would be giving all juniors a special career-aptitude test, to show us where our talents are. It sounded good, but then a military recruiter came in and said that this test, called the ASVAB, could help us choose the best career path."

The guidance counselor reassured one boy who asked a very good question that no, the ASVAB had nothing to do with the military or the possibility of being drafted. No, the names and information would never be used in the event of a draft.

Unconvinced, that boy and my daughter talked after class and decided to ask if they could refuse to take the test. They were the only students who opted out – the others were scared not to take it. One friend simply said he was taking the test because he didn't want to "get in trouble." Another classmate said, "Well I don't want to take it, but if we don't, the school might not let us graduate!"

Notice that even the two most skeptical children felt they had to ask for permission not to take the test: they'd been given to understand that the test was mandatory because the guidance counselor had announced that "all juniors will be taking the ASVAB tomorrow."

Whatever Happened to Parental Consent?

Parents, if you want to protect your child from military recruiters and the coming draft, you'd better speak up and speak up now. If you think your child is safe at school, think again – now that Mr. Bush's wars are in full swing, he needs a steady stream of warm bodies for the battlefields. And the easiest warm bodies to get, of course, are the young ones.

Kids are so much easier than mature adults to dupe with glorious words of manhood, honor, sacrifice, and heroism. That's why the military is focusing so heavily on getting them at school, where their parents can't see what's going on.

I'm sorry to say that, with a few admirable exceptions, American schools are no longer safe places for learning: they've become essential tools in the Pentagon's toolbox, allowing recruiters (and future draft boards) easy access to the children in their care.

The ASVAB "aptitude" test was news to me; I'd never even heard of it, and the school never asked for parental consent before administering it. None of the parents I knew had any warning about the test or when it would be given. When they did hear about it, most of them believed that this was just another standardized test, or that kids refusing to take it would be penalized in some way.

Isn't it just the perfect setup? So much can be said without actually saying it. The official tone of the announcement, the introduction of the test by a trusted guidance counselor, the disavowal of any ties to the military: these routine-sounding aspects of the ASVAB convince teens and parents that every student must take it.

To keep the military's hands off your child, just say no to the ASVAB. Here's how:

Children, especially teens, are highly suggestible – just the way the military likes them. That's why the underhanded recruiting of this age group is inappropriate, unethical, and immoral. It is the school's responsibility to protect the children in their care by (a) providing parents and students with honest information about the ASVAB and other recruiting ploys, and (b) requiring parental consent before any child can take the test.

An absurd double standard exists in American schools: parental consent is required for a trip to the museum, but not for military recruitment. The school required my written consent to allow my daughter to simply volunteer in the office – but not to take a sneaky test that places her at risk for recruiting harassment or getting drafted into combat!

Show this article to every parent and teen you know, because forewarned is forearmed. We've had enough of this "Let's you and him fight" business, where "you and him" are children whose lives have just begun.