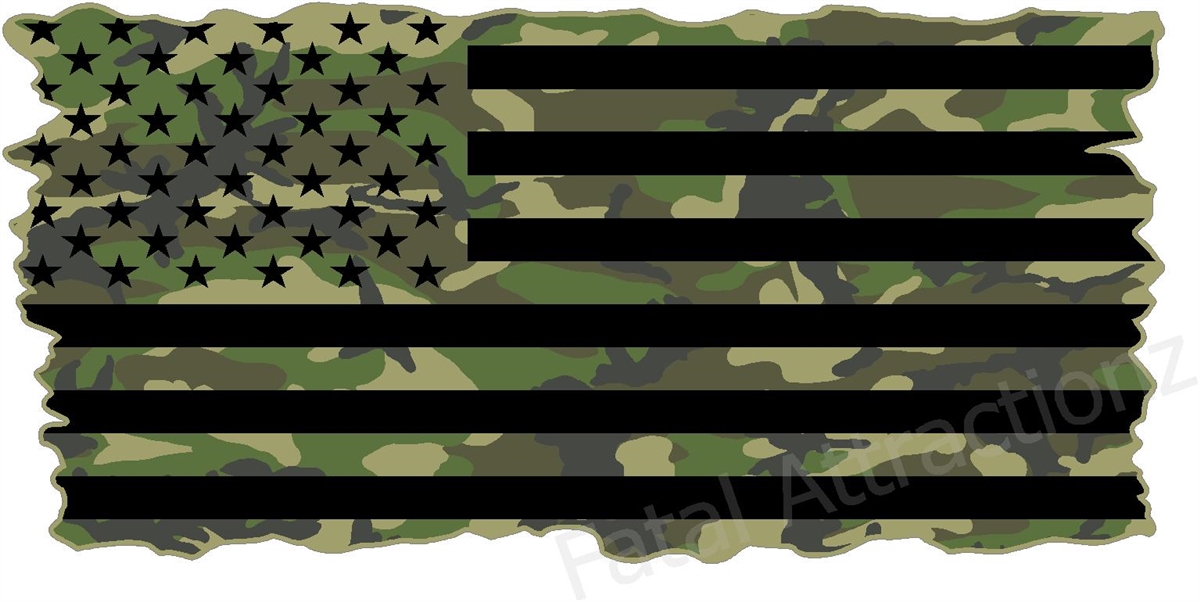 [If anything, this is long overdue, and surprising that it did not come from an anthropologist first -- not that the professional designation ought to be taken too seriously, especially as a lot of good anthropological work on issues of great public significance is now done by many non-anthropologists. I am speaking here of Nick Turse's The Complex, from which I typed the following extract. It almost appears to be a marriage of anthropologist Ralph Linton's classic "100 percent American," and President Eisenhower's farewell address dealing in large part with his warnings of what he called the "military-industrial complex (archived)." This extract comes from the Introduction of The Complex, "A Day in the Life."]

Rick is a midlevel manager in a financial services company in New York City. Each day he commutes from Weehawken, New Jersey, a suburb only a stone’s throw from the Big Apple, where he lives with his wife, Donna, and his teenage son, Steven. A late baby boomer, Rick just missed the Vietnam era’s antiwar protests, but he’s been against the war in Iraq from the beginning. He thinks the Pentagon is out of control and considers the military-industrial complex a danger to the country….

Rick believes that, despite its long reach, the military-industrial complex is a discrete entity far removed from his everyday life….

So wake up with Rick and sample a single autumn morning as the alarm on his Sony (Department of Defense contractor) clock interrupts his final dream of the night. Donna is already up and dressed in fitness apparel by Danskin (a Pentagon supplier that received over $780,000 in DoD dollars in 2004 and another $456,000 in 2005) and Hanes Her Way (made by defense contractor and cake seller the Sara Lee Corporation, which took in over $68 million from the DoD in 2006). Committed to a healthy lifestyle, she’s wearing sneakers from (DoD contractor) New Balance and briskly jogging on a treadmill made by (DoD contractor) True Fitness Technology.

Rick drags himself to the bathroom (fixtures by Pentagon supplier Kohler, purchased at defense contractor Home Depot). There, he squeezes the Charmin, brushes with Crest toothpaste, washes his face with Noxzema, then, hopping into the shower, lathers up with Zest and chooses Donna’s Herbal Essences over Head & Shoulders– “What the hell,” he mutters, “I deserve an organic experience.” (The manufacturer of each of these products, Procter & Gamble, is among the top one hundred defense contractors and raked in a cool $362,461,808 from the Pentagon in 2006).

In go his (DoD) supplier Bausch and Lomb contact lenses and down goes a Zantac for his ulcer (from DoD contractor Glaxo-SmithKline). Heading back to the bedroom, he finds Donna finished with her workout and making the bed–with the TV news on–and lends her a hand. (Their headboard was purchased from Thomasville Furniture, the mattress from Sears, the pillows were made by Harris Pillow Supply, all Pentagon contractors.) They exchange grim glances as, on their Samsung set (another DoD contractor) the Today Show chronicles the latest in chaos in Iraq. “Thank god we never supported this war,” Rick says, thinking of the antiwar rally Donna and he attended even before the invasion was launched. (NBC, which produces the Today Show, is owned by General Electric, the fourteenth-largest defense contractor in the United States, to the tune of $2.3 billion from the DoD in 2006, and has worked on such weapons systems as the UH-60 Blackhawk helicopters and F/A-18 Hornet fighter/attack aircraft, both in use in Iraq.)

….As they putter around in their kitchen, getting ready for the day ahead, they move from the wall cabinets (purchased at DoD contractor Lowe’s Home Center) to the refrigerator (from defense contractor Maytag), choosing their breakfast from a cavalcade of products made by Pentagon contractors. These companies that, quite literally, feed the Pentagon’s war machine, are the same firms that fill the shelves of America’s kitchens….Today, just about every supermarket staple has ties to the Pentagon.

The same holds for many household appliances. In Rick and Donna’s dining room, a small Roomba robotic vacuum cleaner buzzes around the floor. Rick thought it would be cute to have the little mechanical device trolling around the house making their hectic lives just a tad easier. Little did he know that Roomba’s manufacturer, iRobot, takes in U.S. tax dollars ($51 million of them from the DoD in 2006, more than a quarter of the company’s revenue) and turns them into PackBots, tactical robots used by U.S. troops occupying Iraq and Afghanistan, and, beginning in 2008, Warrior X700s–250-pound autonomous robots armed with heavy weapons such as machine guns….

Sitting on the dining room table is Rick’s HP (Hewlett-Packard) notebook computer. HP is another company that has grown its civilian know-how with generous military contracts, like the multiyear, multimillion-dollar deal it signed, in 2005, with DARPA….

Meanwhile, Rick and Donna’s son, Steven, is still upstairs, having a hard time tearing himself away from his computer game. His room is a veritable showcase of the new entertainment-sports-high tech-pop culture dimension of the twenty-first century Complex: there are NASCAR posters (in 2005, more than $38 million in taxpayer money was spent on U.S. armed forces’ racecars); National Football League (NFL) jerseys and baseball caps (the NFL has partnered with the Pentagon to create military profiles aired during TV broadcasts of regular and postseason games, while individual NFL teams have hosted “military appreciation” events); X-Men comic books (the Pentagon teamed up with Marvel Comics to produce limited-edition “military-exclusive” comic books, with pro-Pentagon themes…), and a wastebasket filled with Mountain Dew bottles (the air force was one of the sponsors of the Dew Action Sports Tour, a traveling show featuring skateboarding, BMX, and freestyle motorcross contests)….

Steven finally shuts down Tropico: Paradise Island–a nation-building simulation video game where the player, as “El Presidente,” attempts to lure tourists to his/her fun-in-the-sun resort. Neither father nor son is remotely aware that the software maker, Breakaway Games, does taxpayer-funded work for such military clients as DARPA, Joint Forces Command, the Office of the Secretary of Defense, and the United States Air Force–as well as having developed 24 Blue, a simulator used to improve aircraft carrier-based operations. They are blissfully unaware of even the existence of Breakaway’s Pentagon-funded game that could conceivably lead to more effective bombing of targets abroad. Steven grabs his iPos MP3 player (from DoD contractor Apple Computer) and heads downstairs to leave with his father. Heading for the door, Rick goes to his bookshelf and scans a selection of progressive texts whose publishers just happen to be DoD contractors, including a reissue of Rachel Carson’s Silent Spring (Houghton Mifflin), Bushwhakced: Life in George W. Bush’s America by Lou Dubose and Molly Ivins (Warner Books), before choosing the Hugo Chavez-approved Hegemony or Survival by Noam Chomsky (ahem, Metropolitan Books from Macmillan publishers). As the last one out, Donna sets the ADT alarm system (ADT took in more than $16 million from the Pentagon in 2006, while its parent company, Tyco International, cleaned up the tune of over $187 million)….

Rick might be an aging baby boomer, but he still tries to look cool (to Steven’s embarrassment). As he pulls the Saturn [made by defense contractor GM] out of the driveway, he dons a pair of Oakley sunglasses. Oakley supplies goggles and boots to U.S. troops….Driving along, Rick glances over at his son. “Are those the Wolverine boots we just got you?” “Yeah, Dad,” answers Steven, looking down at his now-ratty footwear. Rick’s already thinking about the next pair he’ll need to buy his son, not about the five-year multimillion-dollar contract the company signed in 2003 to supply the army with an upgraded infantry combat boot, or the other deals, worth tens of millions of dollars, that Wolverine signed with the Pentagon in 2004, 2006, and 2007….

…Steven shoots his father a big smile as he opens the car door, “Alright! Well, I’ll see you tonight, Dad.” “Do you have your cell phone?” Rick asks. Steven whips a Motorola from his pocket. (Motorola made almost $380 million from the Department of Defense in 2004, while the phone’s service provider, Verizon, took home more than $128 million in DoD contracts, and $50 million more from the Department of Homeland Security, in 2006.)

With Steven at school, Rick heads for work. He gives the local Exxon station (ExxonMobil took in more than $1.17 billion in DoD dollars in 2006) a pass and instead pulls into Shell, which likes to portray itself as kinder, greener oil giant. As he signs the receipt of his Bank of America credit card (a firm which issues special credit cards to Pentagon employees to streamline the process of buying supplies for the DoD0, Rick has no way of knowing that Shell’s parent company, N.V. Koninklijke Nederlansche, was the thirty-first largest defense contractor in 2006, reaping over $1.15 billion dollars in DoD contracts.

Rick’s route to work doesn’t pass an army barracks, an air force base, Halliburton’s offices, or a single factory of a defense giant like Boeing or General Dynamics. Nevertheless, he manages to zip by a veritable who’s who of defense contractors or their subsidiaries even if they look like the staple businesses of Anytown, USA. They include:

Entering the Holland Tunnel on his way to Manhattan, Rick realizes that, with Steven driving next year, he can start taking mass transit to work. The PATH train into the city–recently restored under the watchful eye of Bechtel, the fifteenth-largest defense contractor of 2004 and the recipient of more than $1.7 billion in DoD contracts that year–will, he believes, lessen his “footprint” in the planet.

Keep in mind, Rick is now only a couple of hours into his long day. In fact, no part of the hours to come will be lacking in products produced by Pentagon contractors–from the framed photographs of Donna and Steven on his desk (taken by an Olympus camera and printed on Kodak paper) to the beer he drinks with lunch (Budweiser) to most of the products around his office, including: 3-M Post-It notes, Microsoft Windows software, Lexmark printers, Canon photocopiers, AT&T telephones, Maxwell House Coffee from Altria, Kidde fire extinguishers, Xerox fax machines, IBM servers, paper from International Paper, Duracell batteries from Procter & Gamble, an LG Electronics refrigerator, and paper towels by Marcal Paper Mills.

Later in the day, Ricks drops in to the see the head of the company’s IT department, and, gazing around the room, notices the name on some software: Oracle, “the world’s largest enterprise software company.” Even if he knew that Oracle received over $93 million from the DoD in 2005, what would remain invisible is the way many corporations that supply the military additionally belong to a tight-knit, mutually reinforcing clan of contractors. For example, not only do “7 of the top 10 aerospace and defense companies run Oracle applications,” including top arms dealers Boeing ($20.3 billion in sales to the DoD in 2006) and General Dynamics, but so do other tech-industry heavy hitters such as IBM….

After a long day at the office, Rick heads home ready to catch NBC Nightly News and later Law and Order (both products of defense giant General Electric). Or maybe he’ll tune into CBS and watch NCIS (Naval Criminial Investigative Service), the action-drama starring Mark Harmon that has received assistance from the U.S. military. Or, since the whole family will be home, they might even play Scrabble. While it’s decidedly low tech and far from cool, even Scrabble has ties to the Pentagon. The game’s maker, Hasbro, has had a long relationship with the military….

Rick is, of course, a fiction, but the rest of us aren’t–and neither is the existence of the real Matrix.