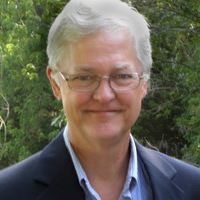 During the last year or so about half of the states have enacted legislation aimed at protecting student privacy. Meanwhile, President Obama has called for a Student Data Privacy Act, saying “data collected on students in the classroom should only be used for educational purposes — to teach our children, not to market to our children.”

Most of the new laws and the President’s proposal have omitted the most egregious violation of student privacy in the nation. It is the Department of Defense’s administration of the Armed Services Vocational Aptitude Battery (ASVAB) to more than 650,000 children in 12,000 high schools and the retention of demographic information, social security numbers, and 3 hours of test results for recruiting purposes without parental consent.

The ASVAB is the military’s enlistment examination.

The DoD claims their administration of the ASVAB in the nation’s high schools is exempt from the Family Educational Rights and Privacy Act, (FERPA) and that parents do not have the right to provide consent to the release of their children’s information when they are given the test - even when they are required to take it.

Two states – Maryland and New Hampshire – have laws in place that require mom and dad to sign off before their children are tested and their personal information is delivered to the Pentagon. Hawaii’s Department of Education has a similar regulation in place. The California legislature passed a bill requiring parental consent for the DoD to test and retrieve data from minor-aged children that was ultimately vetoed. Last year, Connecticut came close to passing legislation protecting the privacy of children who take the ASVAB. An unlikely maneuver by the Veterans Affairs Committee in that Democrat-controlled state killed the measure at the last minute.

American schoolchildren are often required to take the ASVAB during school hours. Two years ago the U.N. Committee on the Rights of the Children -IV 21 (d) called on the Obama Administration to ensure that “schools, parents and pupils are made aware of the voluntary nature of the ASVAB before consenting to the participation into it.”

The US Army Recruiting Command's School Recruiting Program Handbook (Section 6-2) says the primary purpose of the ASVAB is to provide military recruiters "with a source of leads of high school juniors and seniors qualified through the ASVAB for enlistment into the Active Army and Army Reserve."

Student privacy should take precedence over military recruitment in the high schools. If the President is sincere in his statement that data collected on students in the classroom should only be used for educational purposes and not to market to our children, parents should be given the right to consent to the release of their children’s data to the military.

The House That War Built

Considering Enlisting in the Armed Forces 005