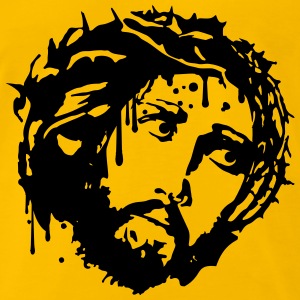 In the real world, the verdict is the same: Both acts are wrong. Now imagine a VIDEO GAME where the gamer’s objectives involve molesting children. Very likely, you are morally opposed to such a game, and believe they should not be made or sold. If so, then consider the following argument:

[* Note: By ‘virtual murder it is meant an act of killing that would clearly be morally wrong were it committed in the real world. For instance, in Grand Theft Auto, players control criminal characters who drive around hitting and killing pedestrians. Contrast this with, say, those versions of Call of Duty where players control U.S. soldiers whom (we may presume) are killing enemy soldiers in a just war. Assume also that the person killed in the game stays dead—i.e., they do not “re-spawn”.]

[* Why morally equivalent? Well, in the real world, both actions are seriously morally wrong. And, in the virtual world, no one is actually harmed. You’re just manipulating pixels on a screen. Initially, there don’t seem to be any obvious moral differences.]

The conclusion here is that playing games like Grand Theft Auto is morally wrong! And yet, it is one of the best-selling game franchises of all time, with Grand Theft Auto V alone having sold over 100 million copies! (source) It seems that quite a few people must believe that committing virtual murder is morally permissible.

3.Therefore,committing virtual pedophilia is also morally permissible. Morgan Luck says these are our only options. He calls this .

2. Against Premise 2: But, perhaps there’s a third option. Perhaps it is possible to consistently believe that violent video games are morally permissible while also maintainingthatpedophiliac video games would bemorally wrong.To do that, we’ll need to identify somedifference between the two actions which is morally relevant.

(a) Socially Acceptable:The fact is,people generally find it socially ACCEPTABLE to kill someone in a video game. However, molesting a child in a video game would be socially taboo.

Reply:Though this IS a difference between the two actions, it does not seem to be morally relevant. If the fact that people in general BELIEVED some action or practice to be morally acceptable made that action or practice ACTUALLY morally acceptable, then this would entail that it was not morally wrong to own slaves in the 1700’s. If morality is simply a product of the beliefs of the majority, then the majority (by definition) can never be mistaken about what is morally permissible, and what is not. It is clear that most truths do not work this way. For instance, when the majority of human beings believed that the Earth was flat, this did not entail that it WAS flat. Rather, the majority was simply MISTAKEN. But, why should moral truths be any different? Doesn’t it seem that—just like in the case of the flat-Earth belief—when the majority of human beings believed that slavery was morally permissible, the majority was simply MISTAKEN?

Reply: There are two problems with this solution. First, we’d need empirical data to support these claims. Some studies seem to suggest that violent video games HAVE increased actual violence (the results are presently inconclusive). And, for all we know, perhaps the opportunity to commit acts of virtual pedophilia would DECREASE the number of actual cases of pedophilia (since pedophiles would have a legal, more acceptable outlet for their urges).

Second, hinging our acceptance of virtual murder and our opposition to virtual pedophilia on these empirical claims entails the following:If it turned out that video games involving virtual murder actually DID increase the likelihood of real violence, and that video games involving virtual pedophilia actually DID decrease the likelihood of real molestation, you would have to switch your position, and now condemn the former and CONDONE the latter! [What do you think? If the data pointed in this direction, would you swap your stance?]

3 (c) Moral Character and Enjoying the Act For It’s Own Sake:Perhaps we have a moral duty to be virtuous; i.e., we must not stain our moral characters. When gamers kill in games, they do not enjoy the act of killing for its own sake. Rather, they enjoy the challenge, the act of strategizing, honing their skills, etc. (Certainly, this seems true when, e.g., a chess player “kills” a bishop.) Such a desire does not taint our moral characters. However, any gamer who would want to molest children in games WOULD most likely be doing so because they enjoyed the actual act itself, for its own sake. Thus, doing so DOES stain one’s moral character.  In short, committing the latter act (even virtually) is morally wrong because of what it does to the GAMER (namely, they fail to maintain a virtuous character).

Reply: But, then, it would follow that any instance of in-game killing for its own sake would be morally wrong. (Yet, this happens all the time, when gamers playing, e.g., Grand Theft Auto, go out of their way to hit pedestrians for the sheer JOY of it. The fact that murder scenes have gotten increasingly gory also supports this.) It would also follow that, if a gamer committed virtual pedophilia NOT for its own sake, but as a means to an end—say, to earn a particular in-game achievement—then it would NOT be morally wrong to do so.(Does that seem right?)

(d) Singling Out a Particular Group: Games that involve killing do not involve singling out a particular demographic as a target of the harm. If a game DID involve this—e.g., where gamers singled out members of a particular race, gender, age, religion, etc., in order to kill them—we probably WOULD morally condemn such a game. On the other hand, pedophilia IS an act that singles out a particular group—namely, children—in order to harm them. For this reason, the latter is much worse, morally.

Reply: But, then, even if this was correct, it would still be permissible to play a game where players molested NPC’s (non-player characters) of ALL ages, races, religions, genders, etc.—including children. But, we would still morally condemn such a game.(Right?) If so, this solution does not explain why.

(e) The Special Status of Children: Perhaps there is something morally significant about harming a CHILD? For instance, because they are innocent, defenseless, etc., perhaps it is morally WORSE to harm them than it is to harm an adult (and the same goes even for virtual instances of harm)?

[There does seem to be some evidence to support this. For, in games where killing innocent people is permitted, children are typically off-limits; because either there ARE NO children (e.g., GTA V), they’re invincible(e.g., Red Dead Redemption 2), or guns aimed at them will not fire (e.g., Fallout 4), or their deaths cause immediate game over (Metal Gear Solid V), etc.]

[My brainstorm: Does Luck miss the point here? It seems that we would condemn  ANY sort of significant harm being done to children in a video game. Furthermore, it seems to me that we would ALSO condemn ANY sort of sexual violence or predation being done to anyone in a video game—even to an adult. Virtual acts of pedophilia are at the intersection of BOTH of these categories of unacceptable virtual acts. Of course, we’ll now need to say more about WHY these two categories of action deserve special moral treatment.]

Conclusion: Luck concludes that there is no good objection to premise 2. The result is that we must either accept that (i) both virtual, in-game murder AND pedophilia are morally wrong, or that (ii) both are morally permissible.(Is he right? What do you think?)

(f) Child Pornography: Since the publication of Luck’s article, others have suggested another possible solution: Child pornography (i.e., pictures or videos depicting sex with children) is clearly morally wrong. However, pictures or videos depicting murder are not morally wrong. However, any video game which included instances of virtual pedophilia would also there by include instances of child pornography. For this reason, virtual pedophilia is morally wrong.

Reply: Luck does not address this criticism. What do you think of it?

[Possible reply: We might think that criticism (f) must rest on some more fundamental moral claim, such as (d) or (e), above. In short, a defense of (f) must also include a defense of (d) or (e).]