“Debt is a form of social control. You can force people to do all kinds of things if you put them in debt first." 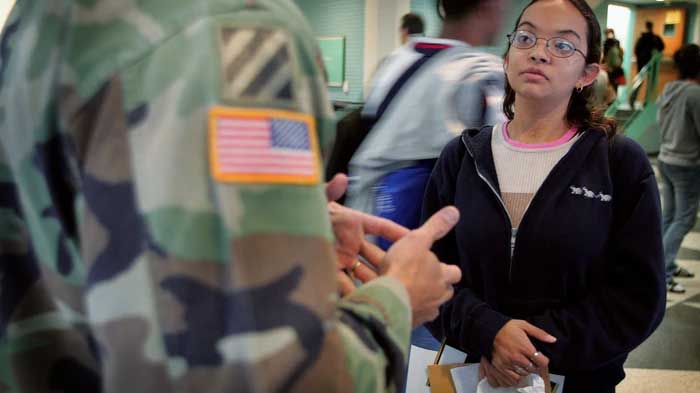 Leila Ettachfini / VICE - The U.S. Army has already achieved its recruiting goal this year, after falling short about 6,500 recruits in 2018. At the Pentagon this week, the head of Army Recruiting Command Maj. Gen. Frank Muth attributed the success to America’s crippling student debt crisis.

While the Department of Defense’s 2019 budget is $686 billion, that number is less than half of the collective student debt in America, which surpassed $1.5 trillion this year. “One of the national crises right now is student loans, so $31,000 is [about] the average,” Muth told reporters. “You can get out [of the Army] after four years, 100 percent paid for state college anywhere in the United States."

Though people have long used the Army as a means out of poverty and to earn an education, the Department of Defense has historically used patriotism or a sense of duty to urge people to enlist, but after a revamp in the recruiting process this year, Muth said that wars abroad were “not really part of the discussion” when speaking to potential soldiers. The Army’s new recruiting strategy relies, in part, on social media messaging, like this tweet from Army recruiters in Chicago:

Many have condemned the new strategy, including Georgia Parke, a communications director for Bernie Sanders. “But if we cancel student debt who will fight the endless wars?” she tweeted in response to the news. America’s longest-running war is in Afghanistan, which has been underway since 2001, with about 14,000 service members currently deployed there, according to the Department of Defense. 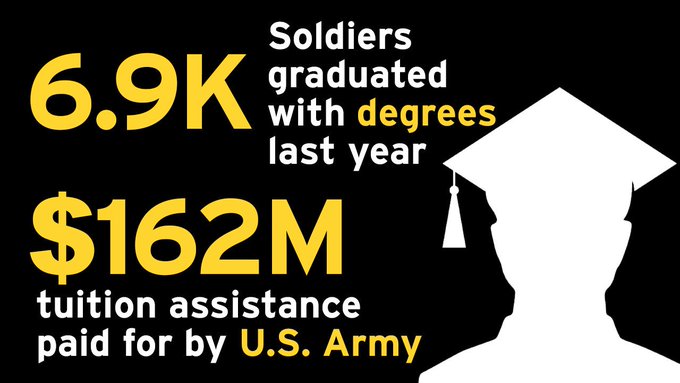 Thomas Gokey, an organizer with the Debt Collective, an organization of activists working toward debt cancellation, also believes that the Army’s use of offering help with student debt in exchange for enlisting is harmful. “Debt is a form of social control,” he said. “You can force people to do all kinds of things if you put them in debt first, including waging unjust wars, killing and hurting other people, and risking [their] own life and limbs.” Gokey also points out that colleges often benefit immensely from the GI Bill financially, giving them incentive to support recruitment on campus.

In addition to help with tuition and loans, Army recruits cite job stability, pay, health benefits, family history, and other factors as common reasons for enlisting.

Asked if he thinks the military’s recruitment strategy is ethical, Gokey said, “Since when has the U.S. Army cared about ethics?”